Do You Think You're Married to a Narcissist?

Do You Think You’re Married to a Narcissist?

The Problem of Being Married to a Narcissist 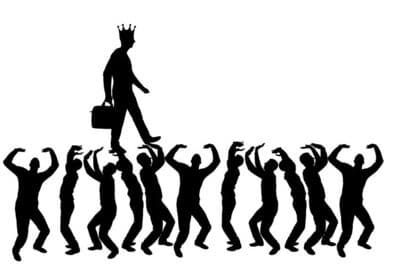 Do you think you’re married to a narcissist?  Don’t beat yourself up for it. They can be incredibly charming.

Narcissus is a figure in Greek mythology who was incredibly beautiful. And he had the bad habit of breaking the hearts of ardent young maidens.

One of these scorned maidens was so annoyed being rebuffed by Narcissus that she prayed fervently to the Gods for revenge. Someone had to put this cad Narcissus in his place!

The Gods decided that Narcissus should get a strong taste of his own medicine. One day Narcissus leaned over to drink from a clear lake and glimpsed his reflection.

From that day forward he was in desperate love with his own face. he could never possess the reflection he was pining for, but he could not regulate his desire for it either.

Narcissus would forever stare at his own reflection which would disperse into perfect ripples when he ardently reached for the object of his desire.

Think You Might Be Married to a Narcissist? Look For These Traits…

This is seen as a pervasive craving for admiration, a tendency to be grandiose, and an empathy deficit that renders intimate relationships problematic at best. If you suspect that you might be married to a narcissist, here is a list of traits that indicate a Narcissistic Personality Disorder. Any five of these will tend to confirm a diagnosis:

The idea that you’re married to a narcissist can be alarming and distressing. Even more upsetting is the idea that narcissism is a fixed trait, and that your partner is impervious to treatment. 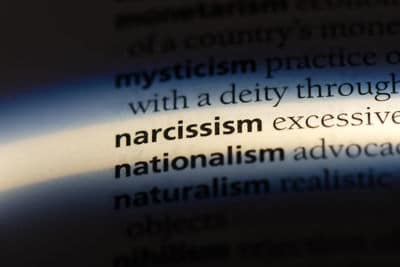 However, new research is shedding light on narcissism and is gradually pointing the way to promising new ideas about treatment for its milder forms. Not all self-interest is selfish.

Because of this abundance of narcissism related research, we are learning new things about these traits with every new study.

Consequently, there are a number of cultural beliefs about narcissism that new research is up-ending.

A recent research project attempted to perfect a valid diagnostic questionnaire to reliably indicate the presence of narcissism.

“People who are willing to admit they are more narcissistic than others probably actually are more narcissistic,” said Brad Bushman, co-author of the study. He is affiliated with Ohio State University where he is a professor of communication and psychology. Ironically, one of the best ways to determine whether or not you’re married to a narcissist is to ask them.

This single item test simply asks the client to agree on a numeric scale with the statement “I am a narcissist.” It turns out that therapists have been overthinking this issue all along. Narcissists believe that their superiority is readily apparent. Therefore they have no shame in self-identifying as narcissists.

“People who are narcissists are almost proud of the fact. You can ask them directly because they don’t see narcissism as a negative quality – they believe they are superior to other people and are fine with saying that publicly” says Burman.

As a culture, many of us struggle with narcissistic traits from time to time. Cultural beliefs about narcissism sometimes have more to do with what we understand as “extreme narcissists.” This small group comprises only  1-3% of the population in the US.

Many potential clients who think they are married to a narcissist reach out for help. The narcissist never does. For example, a potential client called me recently asking about her husband who was diagnosed as having a  “narcissistic personality disorder.” He would drop her off right after couples counseling to go out barhopping and chasing women.

Despite the fact that he had moved out of the house, and had a well-paying job, he would periodically call her to demand money from her household account so that his carousing would not be interrupted however briefly by a temporary lack of funds.

I felt bad for this woman, as I agreed with their couples therapist, this relationship had very little upside. Extreme narcissism is profoundly difficult to treat.

Fortunately, most narcissists are not of this extreme variety, and new research is helping us to understand the much larger group of milder narcissists in new ways.

If you suspect that you’re married to a narcissist ask yourself…“how well does my partner respond to criticism? Your answer will give you a sense of where they lie on the narcissism continuum.

Narcissism as a Mental Habit

What we have learned that narcissism is a mental habit. It is a way of being in the world that emphasizes self-protection above relational concerns.

If you’re married to a Narcissist, you will see that they subordinate emotions like shame, anxiety, fear or loneliness because they fear being judged for having them.

The more they fear these emotions, the more effort they take to armor themselves from judgment with an abiding sense of their own specialness.

Milder forms of narcissism can at times also be somewhat challenging to treat.

But if these milder narcissists can learn to accept and embrace the emotions that they formerly saw as dis-empowering, they can eventually find a new, healthier center of gravity in their intimate relationships.

While it may be useful to think of degrees of narcissism as being on a continuum, there is a profound difference between pathological narcissism and it’s milder forms.

I don’t mean to suggest that a mild narcissist could gradually slip into the pathological shallow end of the pool, any more than I would posit that extreme narcissists could migrate effortlessly into deeper empathy and connection.

New research has taught us that mild narcissism can have a healthy and resilient protective quality. One of the reasons so many spouses find that they are married to a narcissist is because they have very attractive traits.

Are You Married to a Narcissist? How Mentally Tough is Your Partner?

Group traumas such as 9/11 and the Bosnian war have allowed researchers to more carefully unpack the nature of resilience.

And what did they find?

Survivors who believed they were above average… usually were. They had less depression, were able to be more optimistic and were less anxious about the future. It might not have been true. But it sure was useful in trauma recovery. 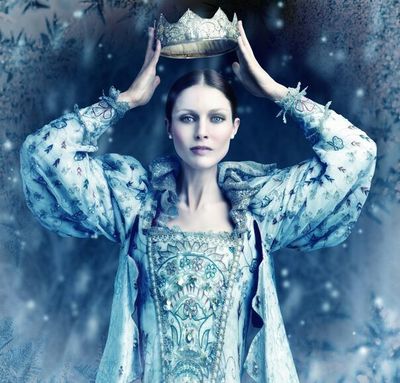 This research also confirmed the opposite hypothesis. Survivors who did not feel special or above average had more depression and anxiety.

Researchers report that paradoxically, these survivors often had a much more accurate interpretation of reality.

But paradoxically, this “accurate perception” tended to erode their happiness and sense of agency, something the researchers named the “sadder but wiser effect.”

We now know that narcissism is not by definition, always pathological.

While there is a spectrum of maladaptive self-involvement, a degree of healthy narcissism can be both attractive and useful.

Narcissists bounce back from life’s ups and downs because they are brimming with self-confidence.

Narcissism is also part of the human experience. We now know that it is not unusual for any of us to feel more narcissistic at certain phases of our development. For example, studies show that pregnant women and teenagers have a strong impulse toward self-preoccupation. We also feel more caught up with ourselves when we are ill, for example.

If a partner is closer to the self-involvement end of the spectrum than the pathological Narcissistic Personality Disorder, empathy can be taught in couples therapy. Just because you’re married to a narcissist doesn’t mean you’re going to be eternally miserable.

We all have moments of selfish preoccupation, and some of us, (often due to “family of origin” issues) frustrate our partners with our tendency to be overly self-absorbed, hyper-focused on our own issues, or habitually neglecting to think of our impact on others.

This is the treatable, approachable end of narcissism. Empathy deficits can be discussed, and bad habits can be broken. But the other end of the spectrum, Narcissistic Personality Disorder is particularly difficult to treat and requires some deep soul searching on the part of the affected partner to weigh the costs and benefits of remaining in such a profoundly one-sided relationship.

However, Hopeful Spouse counseling with a trained science-based couples therapist can help you unpack negative encounters if you’re married to a narcissist. It can also help you to keep your sanity and establish healthy boundaries…whether you decide to stay married or not.

Do You Need Hopeful Spouse Online Coaching To Recover from Being Married to a Narcissist?