Money is a massive factor in marital strife. According to a recent study, the way a couple handles money problems is the number 1 predictor of divorce. A recent informal poll by “Money Magazine” suggested that couples fight twice as much about money than they fight about sex. That’s why I found the notion of Kakeibo (I will also use the alternate spelling, Kakebo) for couples so attractive. Kakebo can give you a happier marriage. 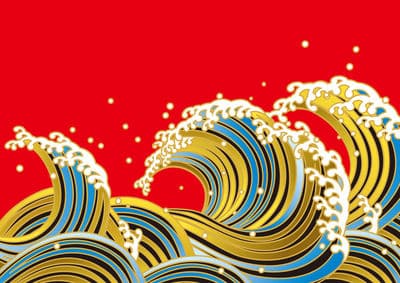 Kakeibo is a Japanese word that translates as a “household financial ledger.” it is a very low-tech way to manage household finances. Kakebo was developed in 1904 by a woman named Hani Motoko.

As Japan shifted to become a modern industrial society, Hani was among the first generation of women who sought to shape her own life in modern Japan.

Hani not only shaped her own life, but she also shaped Industrial Japan in the process. Over the course of a long and influential career, she was a significant thought leader who shaped the values and mores of Japanese family life.

Hani and her husband Hani Yoshikazu started a magazine called Fujin no tomo (the Women’s Friend) in 1908. She became a strong influence on bringing modernity and Western ideas into the Japanese home. Her most enduring legacy was Kakiebo.

The Spiritual/Psychological Discipline of Kakiebo 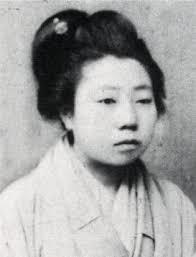 Hani was the grand-daughter of a Samurai, and he was her primary caregiver. She was also Japan’s first female journalist, and a devout Christian. Because of this last fact, some might say that Kakebo offers a spiritual approach to budgeting, while others might call it psychological.

But in any case, Kakeibo focuses on developing an emotional awareness of the process that underlies how we choose to spend money.

We live in an age where technology perpetually tempts, undermining our ability to slow down and thoughtfully consider how we make our daily financial decisions.

Spending habits are deeply embedded in the pattern of our daily life, and the act of spending money includes an emotional dimension. Online marketing offers inducements that fire rapidly in our brain, which is difficult, if not impossible, to slow down and critique.

The emotion of “wanting” in our technological age is a mere fraction of a second from the reality of “owning.” Kakebo slows down this process of value clarification by merely starting with pen in hand.

Kakeibo is More Than Just a Longhand Ledger 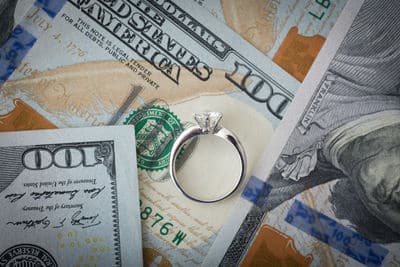 Hani Motoko thought that an unexamined financial life was a luxury. Her notion that “luxury is the enemy” became deeply ingrained into the mindset of Japanese women as a result of her influence.

What makes Kakebo unusual is that it starts as a simple longhand ledger.

There are no apps, software, or computers to speed up the process. That doesn’t seem to stop some folks from attempting to cash in on the interest in Kakebo by marketing complicated Kakeibo apps and software programs.

It’s amusing. Because adapting Kakebo to the computer age profoundly contradicts the very process itself. Kakeibo is more than just about writing things down longhand in a ledger.

It’s also a process of inquiring, noticing, and parsing the values that underlie our impulses to spend. Kakeibo is a meditation on the meaning of money in your marriage by thoughtfully answering questions in your own handwriting.

How Technology Defeats the Purpose of Kakebo

Kakeibo Budgeting is a Cognitive and Behavioral Pattern Interrupt

Kakebo requires you to write down everything you buy and streamline your budget by grouping purchases into four categories:

A Method of Constant Self-Examination

During the month, kakebo requires ongoing engagement with questions that are both goal-oriented toward savings and relentless self-examination. 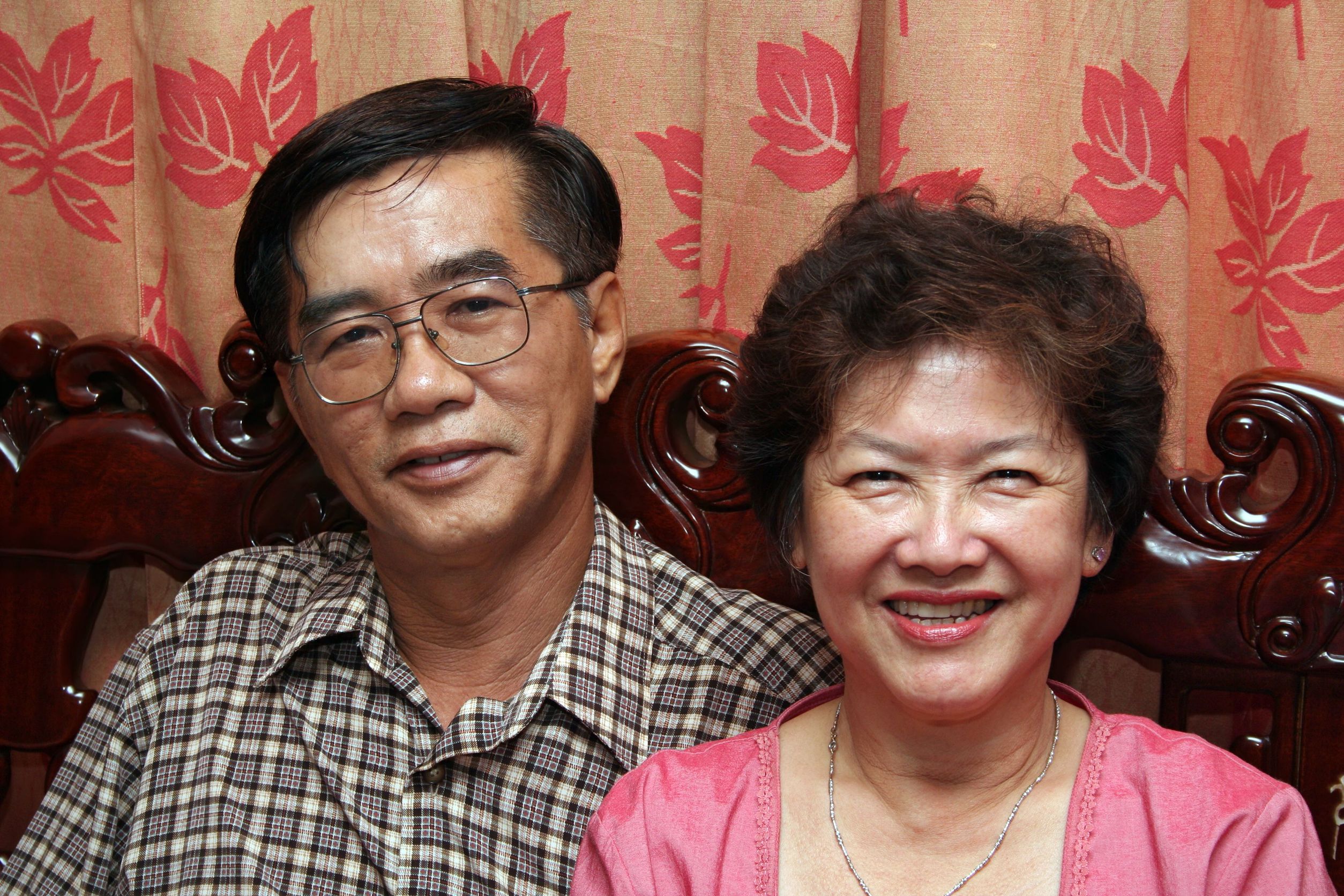 The four-category Kakeibo system helps develop an ongoing awareness of how you are spending your money as a couple as opposed to how you would ideally spend your money if your spending were more perfectly aligned with your values.

The Kakebo discipline brings daily mindfulness to money and curbs impulsive spending, which, upon reflection, may not be aligned with your core values as a couple.

According to the Kakeibo method, you must ask yourself important questions before deciding on a discretionary expense.

Here are a few Kakebo questions modified for a couple to work on during Generative Conversations:

What’s interesting about Kakeibo is it pays attention to both the exterior physical environment as well as the interior emotional experience:

The goal of Kakebo is not to prevent emotional purchases; it is to increase the awareness of the role that emotion plays in the purchasing decisions for both spouses. It also helps align financial decisions with your larger, long-term values as a couple and family.

How Hani Changed the World

It might not be too much of a stretch to suggest that the incredibly high savings rate in modern Japan is due to the profound impact of Hani’s cultural legacy on Japanese household economics.

In addition, a Japanese bank manages the world’s largest global technology investment fund. This is all the more amazing considering that Japan also suffered the loss of a world war and the impact of two atomic bombs on its homeland.

But there’s more. Japan is also the most extensive international investor in Australia and all of non-China Asia. Japan’s domestic surplus savings has had a massive positive impact on the global economy. Hani Motoko is perhaps the most influential (as well as the most obscure) economic thinker of the last century.

Kakeibo fosters an awareness that disrupts impulsivity. With a Kakeibo mindset, you might change your technology experience. For example, instead of passively accepting re-marketing ads, you might decide to get an ad-blocker or unsubscribe from advertising emails.

Kakebo is also about expanding our awareness of how emotions are involved with discretionary expenditures, and that can include an appreciation of how marketers use emotional triggers to entice us to spend impulsively. 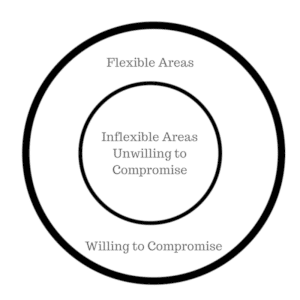 I’ve discussed how money can be a contentious issue in several previous posts. If a couple has an ongoing problem handling money, it can be a severe marital stressor.

Good communication is essential for making financial decisions as a couple. The Kakeibo method encourages transparency and openness about values, values that you share, and values that might be unique to either of you independently.

Every couple eventually has crucial discussions about what matters most in life. The goal is to decide, not slide into a course of action. If emotional gridlock emerges, good couples therapy can help you acquire the skills to work through your differences.

What I appreciate most about Kakebo is how it can be adapted to science-based couples therapy.

One of the Gottman interventions for solvable problems is called the 2 Ovals exercise. I tell my clients to take a large sheet of paper and draw a donut. In the center ( the donut hole) write down all the non-negotiable aspects of the decision, and in the larger exterior oval, jot down all the elements of the question where you are more flexible.

I think that the Kakeibo questions can help a couple clarify their values ahead of conducting the 2 Ovals exercise. I appreciate how Kakebo slows the decisional process and focuses on more in-depth, long-term values. I think it’s a useful tool for couples facing important decisions to work together because it requires both spouses to clarify their values ahead of time.

Are You Tired Of Emotional Gridlock on Money and Values?

James, Karin H. an Atwood, Thea P. (2009).The role of sensorimotor learning in the perception of letter-like forms: Tracking the causes of neural specialization for letters. Cognitive Neuropsychology.26 (1), 91-100.

James, K.H. and Engelhardt, L. (2013). The effects of handwriting experience on functional brain development in pre-literate children. Trends in Neuroscience and Education. Article in press.

Mangen, A., and Velay, J. –L. (2010). Digitizing literacy: reflections on the haptics of writing. In Advances in Haptics, edited by M. H. Zadeh. http://www.intechopen.com/books/advances-in-haptics/digitizing-literacy-reflections-on-the-haptics-of-writing.

4 Little-Known Secrets for a Happier Relationship