Independence in Marriage and The Strugggle for Differentiation

Independence in Marriage and the Struggle for Differentiation

Independence in Marriage and the Concept of Differentiation 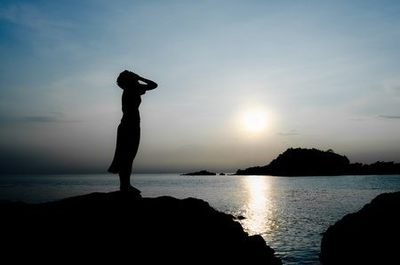 There is an uneasy tension that exists between a couple’s need for independence in marriage and the desire for intimacy and connection.

There is an innate drive toward being your person while in a marriage. Couples therapists call this drive toward independence in marriage differentiation.

Personal growth of some sort is always happening.

Effective couples therapy balances a couple’s need for both attachment and differentiation while navigating the predictable whirlpools and riptides that threaten to engulf each partner with more of precisely what they don’t want to deal with.

A request for more independence in marriage can be very threatening to some partners, and this struggle often brings them into couples therapy.

According to Ellyn Bader, differentiation can be defined as the active, ongoing process of defining self, expressing and activating self, revealing self, clarifying boundaries, and managing the anxiety that comes from risking either more intimacy or potential separation. 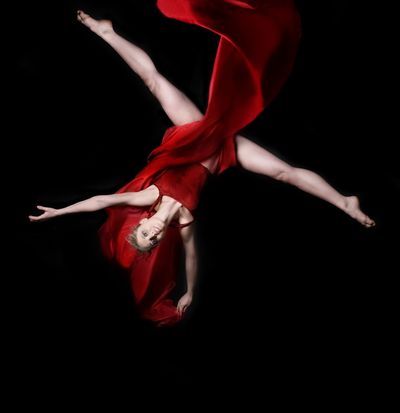 Attachment tends to occur readily at the threshold of commitment, but sustaining it over time is fraught with peril.

In the Developmental Model, an effective differentiation stage is considered essential to sustaining vitality in a relationship and allowing for independence in marriage.

But efforts toward differentiation (called “practicing”) are often perceived by the less differentiated partner as a profound threat.

Fear of rejection and abandonment often frustrate these early attempts towards independence in marriage. Often the notion of “I gotta be me” is a dire threat to the partner who prefers to say, “we gotta be we.”

Unfortunately, many relationships sputter and stall at this stage. Many couples slide into an emotional gridlock of hostile dependency or conflict-avoidance. American cultural norms are somewhat opposed to differentiation, as our conception of independence in marriage tends to be misunderstood as diminished intimacy. Early attempts at differentiation can feel like being a circus acrobat without a net!

Differentiation in Couples Therapy… “Not My Circus… Not My Monkeys!”

In the Developmental Model, differentiation is seen as a healthy and necessary process. But what are the therapeutic tasks?
Effective couples therapy will help partners to:

3. Develop an increasing awareness and acceptance of their spouse as a separate and different person from themselves, with their own wishes, needs, and desires.

4. Increase their capacity to carefully listen and respond appropriately to their differences as a couple, while establishing clear and distinct boundaries and areas of independence in marriage.

5. Create a safe and welcoming environment in their relationship that helps to regulate anxiety while managing problems and supporting desired changes.

This process can be messy. The struggle for early differentiation and independence in marriage looks like a three-ring circus. Partners will often release the jungle beasts of their own wants, needs, and desires at the expense of what their partner can readily accept, tolerate, or manage. “Not my circus… not my monkeys,” says the threatened and reluctant partner!

In a healthy pursuit of independence in marriage, it’s essential for both partners to avoid compromising their bottom-line core values and beliefs. This can be tough to achieve at first.

But to effectively deal with the fundamental 69% of what Gottman calls “unsolvable problems,” a healthy hard-won sense of differentiation will allow a couple to negotiate independence in marriage more effectively by developing resilient ongoing intimacy that respects and manages differences.

“If you can’t regulate your own emotional temperature, you’ll regulate everyone around you to keep yourself comfortable.”― David Schnarch.

Couples vary in their capacity for Differentiation and Independence in Marriage

It is a risky, acquired taste. The lower the level of differentiation, the more likely one partner will tend to:

One caveat.  Attention all narcissists. A stubborn and overbearing stance by one spouse without regard for their partner is not differentiation.

Differentiation begins when a partner can mindfully appreciate two distinct realities at the same time. They see their own reality as well as the reality of their spouse. And doing this means risking “safety” and managing the anxiety of exploring mutual areas of independence in marriage.

Are you struggling because you think your partner wants to run away and join the circus? Take them to a Couples Retreat instead!

Bader, E., & Pearson, P. T. (1988). In quest of the mythical mate: A developmental approach to diagnosis and treatment in couples therapy. Brunner/Mazel.

Bowen, M., 1972. On the Differentiation of Self. First published anonymously in J. Framo, (Ed.), Family Interaction: A Dialogue Between Family Researchers and Family Therapists, NY, Springer: 111-173.