How Children Succeed...the Hidden Power of a Happy Marriage -

The most extensive study ever conducted on family life is an ongoing research project in the UK. We now know exactly what parents can do to maximize the happiness and future success of their children. The secret to how children succeed isn’t a secret anymore. 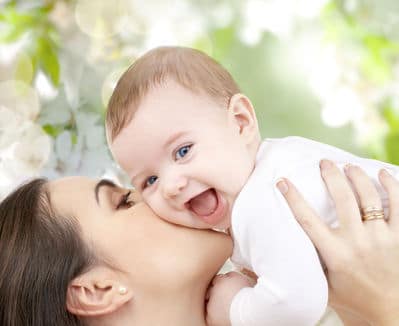 The ‘Understanding Society’ study is following over 40,000 households though time. These new findings are based on data collected from over 10,000 study subjects so far.

What I found fascinating about the findings of this vast study is the direct correlation between the skill sets taught in science-based couples therapy and the future happiness and emotional well-being of children.

The first factor in how children succeed has to do with whether or not their mother is happily married.

It bears repeating. One of the essential factors for how children succeed is whether or not their mother is happy in her marriage. Almost three-quarters of study subjects who remember their mother as ‘perfectly happy’ in their marriage described their adult relationship in a similar way.

Imagine what this study is saying for a moment. If mom is happily married, there is a nearly 75% chance that her children will also be happily married in their future adult lives. This “virtuous cycle” can echo through time, generation after generation.

As if that finding wasn’t enough, this study also uncovered other factors that describe how children succeed.

The Importance of Managing Marital Conflict

We have decades of studies that show how infidelity and fighting in front of the kids will damage their nervous systems. Parents who love their children, but have a hard time enjoying each other typically had parents with the same dilemma. This research shows that while conflict may be inevitable, fighting and arguing regularly isn’t.

Good couples therapy can help you both manage conflict better. The less often you bicker in front of your children, the happier they will be as adults in the future. The study found that more one argument a week was directly linked with lower happiness for your children as future adults.

More Data on The Importance of Family Dinners 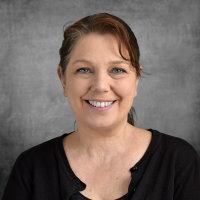 I’ve written about this previously, but thanks to the ‘Understanding Society’ study, we now know even more about the importance of family dinners. The minimum for a beneficial impact is at least 3 times per week, but obviously, the more often family dinners are an established routine, the higher the beneficial effect.

Children can learn valuable social skills at the family dinner table. The family-of-origin is where future emotional states and feelings about life are incubated.

Love is an essential emotional ingredient of family life. It’s abiding presence or absence has a far-reaching impact on children’s lives through time. Family influence shapes children. How children succeed is through a profound daily experience of love and attachment.

Dr. Maria Iacovou, one of the important contributors to this study, put it this way:

“At a time when there is widespread political concern about ‘Broken Britain’, these findings show that family relationships and the happiness of parents are key to the happiness of young people. Contrary to the popular belief that children only want to spend time playing videogames or watching TV we found that they were most happy when interacting with their parents or siblings.”

Dr. Iacovou also described the importance of this study said:

“Together these findings reveal the complex influences of different family relationships on a child’s happiness. Over the years, as Understanding Society follows the lives of families in the UK, we’ll build up an even better picture of how children’s lives are affected by all kinds of factors. Understanding Society is really set to become a fantastic resource for anyone interested in the well-being of children.”

The ongoing Chitwan Valley Study in Nepal will study families daily for twenty years. It suggests that Parents in loving, happy marriages have children who stay in school.

This Nepalese study also found that more love that exists between parents, the more likely that their children will marry later than average.

The researchers speculated that how children succeed in their marriage is because they develop a higher standard for personal happiness and are more discriminating. In contrast, parents who are overly controlling tend to bring up children with worse mental well-being.

Dr. William Axinn, a co-author of the new study, said:

“In this study, we saw that parents’ emotional connection to each other affects child rearing so much that it shapes their children’s future. The fact that we found these kinds of things in Nepal moves us step closer to evidence that these things are universal.”

The results showed that children of parents who answered “some” or “very much” tended to stay in school longer and marry later.

Parents who love one another set a powerful example for their children as they develop and move through time.

Both of these studies clearly show that the quality of marriage is directly correlated to the future quality of life for their children. Good couples therapy today will help your children develop into healthy, successful adults. How children succeed is by having parents who have a deep loving bond.

“Marriages have traditionally been arranged in Nepal but that is changing, with more marrying for love. However, the divorce rate is also increasing.”

“The result that these measures of love have independent consequences is also important. Love is not irrelevant; variations in parental love do have a consequence.” 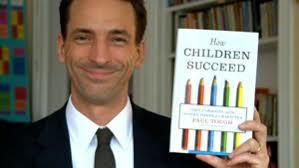 Heckman’s ideas challenged what he called “the cognitive hypothesis,” which he describes as the cultural belief that “success today depends primarily on cognitive skills — the kind of intelligence that gets measured on I.Q. tests, including the abilities to recognize letters and words, to calculate, to detect patterns — and that the best way to develop these skills is to practice them as much as possible, beginning as early as possible.”

While these skills are valuable, there are other more important traits that too often go unmentioned. Heckman’s research refuted this cultural trope with a more character-driven hypothesis. Tough’s book suggests the notion that non-cognitive skills, like curiosity, persistence, resilience, self-control, and self-confidence, are more important than intellect in how children succeed.

Tough also says that parents have a direct impact on whether or not their children acquire these valuable success traits.

How Children Succeed…Warm, Loving, Responsive Parents Who Are Not Controlling 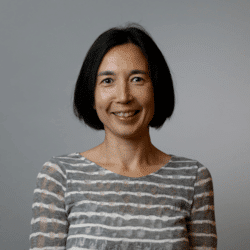 Another recent study indicates that poor parenting still resonates with adult children, even into their old age, just as much as the death of a loved one.

The Developmental Trauma of a chaotic childhood lingers through time. A new study suggests that children of parents who are warmer and less controlling grow up happier, a new study finds.

On the other hand, parents who are overly controlling will impact their children profoundly. They will have poorer mental health, and their adult lives will be unsatisfying.

Dr. Mai Stafford, one of the study’s authors, said:

“We found that people whose parents showed warmth and responsiveness had higher life satisfaction and better mental wellbeing throughout early, middle and late adulthood.”

This was a fantastic longitudinal study that tracked over 5,000 subjects from their birth in 1946. Now, over sixty years later, nearly half of them completed a series of follow-up surveys. Most interestingly, one of these surveys asked about how controlling their parents were. 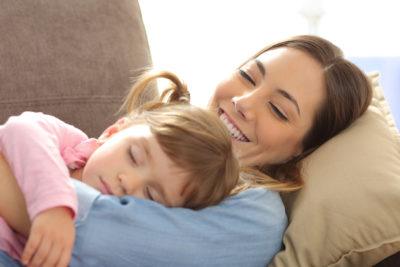 The idea of “controlling parents” was defined as parents who did not permit their children to make their own decisions and encouraged an excessive dependence on them.

Controlling parents also violated their children’s privacy and didn’t tolerate independent thinking. The negative impact of having controlling parents were still felt by these study subjects well into their 50s and 60s.

The researchers described the damaging effect of having controlling parents to the death of a loved one.

It is lifelong grief.

The greatest gift you can give your child is a strong relationship between you and your partner. Dr. John Gottman

Research projects from all over the world are telling us the same thing…a healthy, loving emotional attachment to parents who also love each other is typically how children succeed in their adult lives. A loving marriage gives children a sturdy foundation for their future adult happiness.

Will Your Children Succeed?

One of these studies was published in The Journal of Positive Psychology (Stafford et al., 2015).

4 Little-Known Secrets for a Happier Relationship