Why Researchers are Studying Depression and Relationships

Depression stands out head and shoulders over all other mental health problems. When someone reaches out to a therapist for help, odds are in most cases they are either looking for help with their marriage, or help with their depression (Heene, Buysse, & Van Oost, 2005).

Research suggests that with nearly half of all clients requesting couples therapy, at least one spouse meets the diagnostic criteria for clinical depression (Gordon, 2005).

Perhaps the most important research was done by Peggy Papp, Director of the Depression Project at the Ackerman Institute. Her research in 2003 told us that one of the most reliable predictors of marital conflict is persistent negative emotions in one partner.

It’s no surprise that couples with one depressed partner describe having more uncomfortable feelings and persistent negativity than couples without depression (Jeglic et al., 2005). 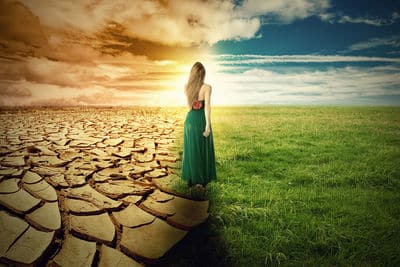 When Your Spouse is Depressed, the Risks and Consequences of Conflict are Greater

Over half of all depressed spouses report having marital conflicts.

And we also know that depressive episodes are often the threshold events that precede incidents of bickering and fighting.

Gottman tells us that when all the four horsemen (criticism, defensiveness, contempt and stonewalling) show up, and a husband is unwilling to accept influence from his wife, the likelihood of divorce is 93%. Research by Johnson & Jacob, (2000) and Benazon & Coyne, (2000) confirm Gottman’s observations.

The Demon Dance of Depression and Relationships

The Demon dance of depression is further evidenced by the research finding that marital conflicts have a role in when and how the depressed partner enters into a new depressive episode. Bickering and fighting shape the onset, arc, and flow of depressive episodes (Kung, 2000; Johnson & Jacob, 2000).

The sentiment override of the non-depressed spouse is mainly informed by how the healthier partner perceives the negative behavior of their depressed spouse (Gordon, 2005). Constructed narratives describe depression in relationships. The non-depressed partners’ Sentiment Override whether negative or positive, is the tipping point of marital satisfaction and best describes their capacity to repair after a regrettable incident (Gordon, 2005). 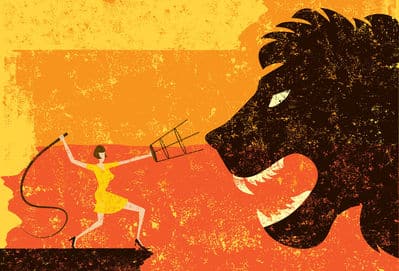 The Perils of Attending to Depression and Relationships

When your spouse is depressed, even the process of caretaking may provoke a depressive episode in you (Sheffield, 2003).

The entanglement of depression and relationships becomes startlingly apparent when you stand back and look at all of the clinical research on depression which specifically focus on the relational deficits that living with depression ultimately entails.

Attending to, and caregiving your depressed spouse is fraught with peril (Wittmund, 2002).

In many cases, the healthier spouse risks becoming depressed themselves, and many report an uptick in depressive thoughts (Wittmund, 2002, Jeglic et al., 2005). Research also shows that living with a depressed spouse places a considerable psychological burden on the caregiving spouse (Benazon & Coyne, 2000).

It is no surprise that caregiving spouses are at risk of becoming depressed themselves because early on, they still have an abiding investment in the relationship (Jeglic et al., 2005).

Depression in relationships, according to research, is a significant mental stressor (Benazon & Coyne, 2000). This is because If you’re the non-depressed partner, you worry about your relationship (Jeglic et al., 2005), and you’re slowly descending into a dilemma. What will become of your intimate life with your spouse?

The Burden of Over-functioning When Your Spouse is Depressed 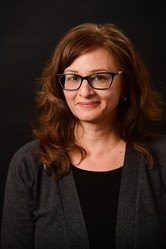 Our therapist in Houston Texas is Marisa Mundey. One of her specialties in how anxiety and depression impact a marriage. Recently Marisa gave a presentation to the rest of the Couples Therapy Inc. team so that we could all better understand the clinical interplay between depression and relationships.

I remember her telling us that the impact of depression on intimate partners is a potent stressor on the quality of the marital bond.

When your partner is depressed, sooner or later the relational deficits will begin to stockpile.

After you’ve been caretaking your depressed partner for a while, you might start to take an inventory of your losses (Wittmund, 2002). Life with your partner becomes an increasing source of emotional wear and tear (Benazon & Coyne, 2000).

Other losses may include a restriction on your leisure activities. Social relationships may become harder to nurture and sustain. For some, professional and career deficits accumulate as well (Wittmund, 2002). You might also experience a drop in income and increased social isolation and financial stress (Benazon & Coyne, 2000), and a deficit in your support network (Wittmund, 2002).

Another problem managing depression and relationships is that more responsibility for maintaining family functioning as the well-being of any children falls increasingly to the healthier partner (Benazon & Coyne, 2000). 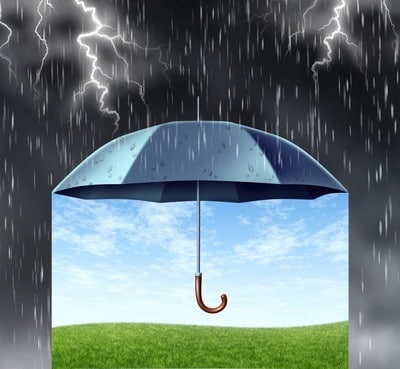 Depression and Relationships are Profoundly Challenging to Contain Without Support

Ann Sheffield said, “For a caretaker spouse, living with a depressive who views the world through despair is disheartening and leads to many of the same feelings, such as worthlessness, that the depressed person feels.”

Without support, The healthier spouse gradually mirrors the depressed partner. The overarching pattern of depression and relationships is the creeping despair of the healthier partner which expands alongside their growing sense of futility and helplessness (Sheffield, 1998).

This lack of spousal support is one reason caretaker spouses may have an increased risk of depression (Kung, 2000). Healthier spouses may be unwilling to ask friends or neighbors for help with their day-to-day tasks due to shame or fear, and this can lead to a general avoidance of social situations in an attempt to avoid uncomfortable inquiries (Wittmund, 2002).

Depression can persist stubbornly even during the happiest of occasions. Amazingly, new research indicates that for some women, getting married can trigger a depressive episode. Researchers were curious about depression with women planning their weddings.

They wanted to assess the impact that getting married has an effect on depressive symptoms. The researchers assessed over 150 women during their engagement, and then again 6 months into the new marriage. 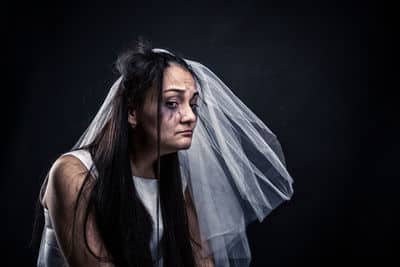 About 1 in 10 women (12%) reported increased symptoms of depression from the prior pre-marital assessment, after the marriage (by comparison 6% experienced fewer symptoms).

Researchers also explored insecurity in one’s self, in their new spouse, and in the marriage.

Their finding was that when uncertainty increased in any of these three areas, it coincided with an increase in depressive episodes.

Brides who were more confident about their marriage were far less likely to experience “post-wedding blues.”

Taking Stock of Depression and Relationships

The bottom line is, without support and treatment, the healthier spouse eventually feels ripped off (Wittmund, 2002). Over time, they slide into a negative sentiment override toward their depressed partner (Benazon & Coyne, 2000). Caretaking spouses feel oppressed and controlled by their partner’s relentless depression (Jeglic et al., 2005).

A major challenge for couples with a depressed spouse is that their sex life withers. The healthier spouse acts, feels, and behaves more like a parent than an intimate partner (Wittmund, 2002).  At this point, the web of depression traps both partners into a demon dance of demoralization, relational distress, and helplessness (Sheffield, 1998).

The good news is that we’ve learned a great deal about Depression and relationships. Depression is treatable!  The earlier you get help, the better you both will feel. Many of the pervasive marital issues surrounding depression can be managed if they are dealt with openly in science-based couples therapy.

But your treatment for depression must come first. Get help today.

Do You Want Repair and Connect With Your Intimate Partner Once More?