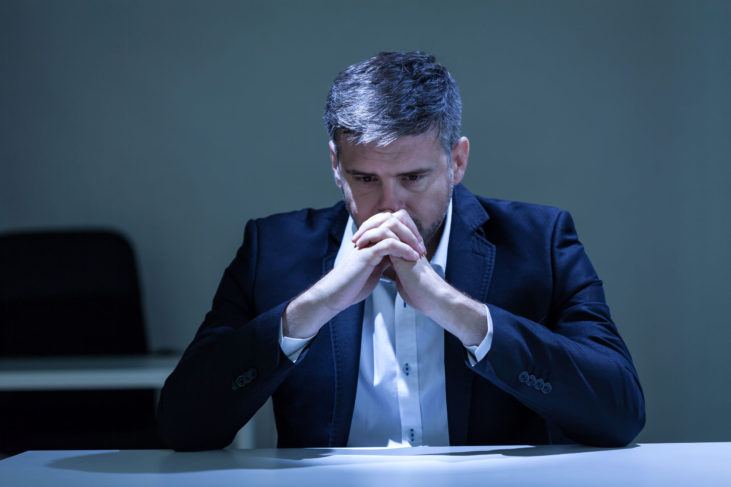 Depression and marriage. Does one impact the other? A whopping 6.7% of Americans suffer varying degrees of depression, and marital conflict often follows.

Depression takes its place along the side of exhaustion, ADHD, chronic pain, pessimism, and irritability, in its impact on a couple’s ability to communicate and remain intimately connected.

It seems that depression and marital conflict often go hand in hand.

Depression and marriage problems are very much a chicken and egg kind of problem.

It’s almost impossible to tease out. Being in an unhappy marriage can make you depressed, and being depressed can negatively impact your marriage.

A recent piece of research in Communication Monographs looks at the role depression plays in fostering relational insecurity. Depression tends to inhibit the ability to be resilient in the face of relational difficulty and challenges.  Experienced couples therapists know while under 7% of people in the US suffer from depression, it shows up about 40% the time in at least one of the partners in couples therapy. 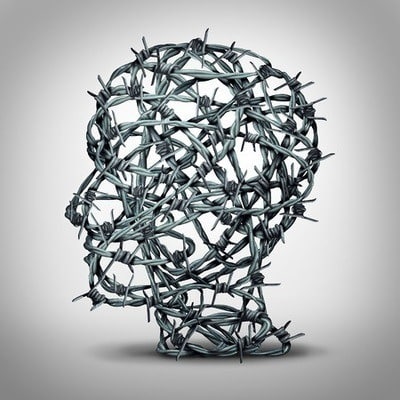 Depression is particularly hard on couples because feelings of hopelessness are all-consuming.

When you are so depressed that you are spiraling out of control, it’s much harder to be fully present in the relationship.

The ongoing problems of depression and marriage make problem resolution more difficult. It also thwarts bonding opportunities and can result in a lack of closeness and intimacy.

Depression is a struggle that is ever-present to a person’s life. On the whole, the depressed partner may feel utterly overwhelmed and incapable of regulating themselves, let alone their relationship.

They are often consumed with their struggle against the affliction and are often apprehensive of any additional demands that are being placed upon them.

The essential thing that the partner who is depressed wants….is to not be sad. But connecting with the pain and reaching out for help is critical.

When You Are Married to Someone Who Is Depressed

The partner who is not depressed, however, is in a completely different headspace. He or she wants to be a loving source of support.

In therapy, we see them asking for tips, tools, and coping strategies. Their relationship is being impacted daily because their partner has become a shadow of their former self.

Each partner is on a distinctly different path, but they are both, in their own ways, trying to get to the same place. They both may complain that their needs are not being met – but there is an apparent reason why. Depression is massively impacting them both.

This study examined 126 couples, where one or both of them had a diagnosis of depression. Most of the couples in the study were married, and most of them were parents.

The couples completed an online survey that measured their symptoms, degree of relationship insecurity, and the degree to which avoidance was impacted their couple dynamics.

What is the Connection Between Depression and Marriage Problems?

Men tend to:
Blame their partner and other people
Feel irritated, angry or grandiose
Feel suspicious and withdrawn
Tends to confront and start fights
Feel agitated and restless
Feels a need for greater control
Avoids discussing his despair
Self medicates with alcohol, TV, sports
Often seeks sex to feel better 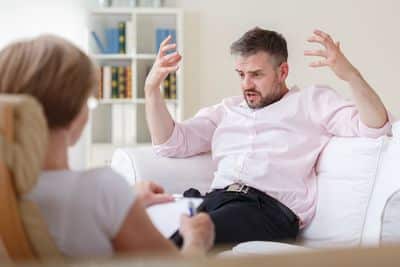 This research revealed an association between relational insecurity and the tendency to employ avoidance as an emotional regulation strategy.

Significant differences were noticed between the genders, married vs. common laws couples, and both the depressed and non-depressed partners.

These research findings say that the combination of depression and relational insecurity can be predictive of the degree of avoidance behavior, and has implications for “best practices” for improving safety and a more intimate connection between partners.

The researchers conclude that the tendency to avoid intimate conversation is perhaps the critical area where couples therapy can help couples better navigate the treatment of depression while maintaining a higher level of marital intimacy and connection.

Is Depression an Issue in Your Marriage?

Previous Post Pre-Marital Counseling: Saving Your Marriage Before It Starts Next Post What Your Parents Taught You About Marriage and Family Life