“Atonement cannot occur if the cheater insists that the victim take partial blame for the affair…. If a partner strayed in the midst of difficult circumstances, it may seem unfair for him or her to take all of the blame. But he or she must. Healing requires that the cheater listen to and understand the other’s pain” Dr. John Gottman.

Dealing with infidelity requires the Involved Partner must take full responsibility for betrayal.

This is the way the Involved Partner keeps faith with the Hurt Partner.

“the betrayed partner needs to work at not shutting the door on forgiveness. If he or she gets stuck in a position of inconsolable hurt and anger, the couple will not be able to resolve conflicts. The wounded partner must agree to cooperate as long as the betrayer is making the same effort” Dr. John Gottman. 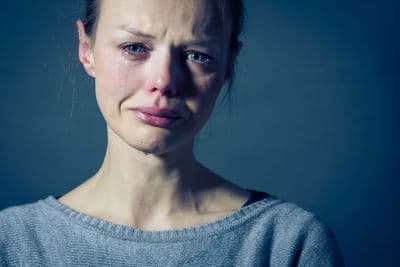 If the Hurt Partner truly aspires to affair recovery, they must not descend into permanent bitterness and inconsolability.

This is the way the Hurt Partner keeps faith with the Involved Partner.

The Hurt Partner must move out of obsession and rumination and toward forgiveness and healing, just as the Involved Partner now undertakes an authentic stance of relational integrity, transparency, and openness.

The Involved Partner must make an appropriate and continuous effort toward greater transparency and an abiding commitment to remain faithful moving forward.

The Hurt Partner and the Involved Partner are conjoined in a parallel process of interdependence and mutual aid; the collaborative pursuit of Trust and Transparency.

Recovery is Possible…It’s Even Likely With the Right Help

Little compares to the devastation people feel upon discovering that their spouses have been unfaithful. Some marriages end right away. But many others hit agonizing impasses as couples struggle to get past the intense anger, sadness, and mistrust. [Over 60% of marriages survive an affair].

These hurtful interactions wreak emotional havoc on both spouses, and typically neither one has a clue how to help the marriage recover. As a result, many couples who do in fact love each other decide to call it quits.

The good news is that it’s possible to move beyond the pain, rebuild trust and reconnect with your spouse both emotionally and physically.

In fact, many couples who have done the hard work of repairing their marriages after affairs report that their relationships are stronger than ever.

The first weeks and months after the affair is out in the open often is the “make-or-break” stage for the marriage. Here’s what the Involved Partner and Hurt Partner need to do…

This is natural and not to be interpreted as a sign that ending the affair is the wrong choice. It is normal to grieve the loss of the affair even if repairing the marriage is decidedly the desired outcome.

2. Answer Questions.
Most betrayed spouses have many questions about what happened and the meaning the affair had to the unfaithful spouse. As difficult as it might be, it is imperative to answer these questions openly and honestly.

Withholding information—even very painful information— that eventually leaks out over time retraumatizes the betrayed spouse and can cause irreparable damage. As counterintuitive as it might seem, honesty is the best policy, particularly in the early stages of recovery when the marriage is fragile and trust is being rebuilt.

During the crisis period, it is necessary for the unfaithful spouse to be willing to be totally transparent and allow the betrayed spouse to have access to personal information including e-mail, cell-phone records, Facebook accounts, credit card bills and so on.

Demonstrating a willingness to be an “open book,” though often uncomfortable, goes a long way to rebuilding trust. This level of personal accountability is temporary—it’s not intended to become a way of life. Once trust is rebuilt, most betrayed spouses tire of the constant vigilance and wish to focus on other, more positive aspects of life.

4. Apologize.
Hurt Partners need to know that their partners are remorseful about the hurt they caused. Apologies must be heartfelt and include explanations of why the unfaithful spouse feels contrite.
Example: It will help to say, “I am very sorry that I had an affair. You’ve trusted me throughout our marriage, and I betrayed your trust. I understand why you are so devastated.”

Apologies that are defensive typically don’t work as well. For instance, “I’m sorry you’re feeling hurt. But our marriage hasn’t been going so well, and I needed some emotional support.” Keep in mind that a single apology is never enough because a betrayed spouse’s pain comes in waves. Express your regrets often.

1. Express Emotions, but Constructively.
The Hurt Partner often will be overwhelmed by intense feelings of hurt, anger, sadness and utter confusion. Express those feelings when they arise, but express them in helpful rather than combative ways. Rather than resorting to name-calling, use “I-messages” to talk about how you feel. Example: It’s reasonable to say, “I don’t know if I can ever trust you again because you hurt me so much. I feel like I’m dying inside.” But it simply won’t help your marriage to say, “You’re the worst person in the world. You’re a liar and have no integrity.”

2. Ask Questions, but Know When to Stop.
It is very common for a betrayed spouse to have questions about the affair partner, the length of the affair, the places and times they met, what took place during those times and what the relationship meant to the unfaithful spouse. 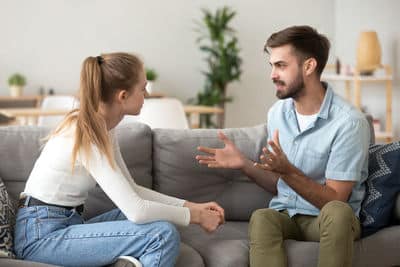 Sometimes asking questions can be very helpful—the answers often confirm long-standing suspicions, and that enables the betrayed spouse to regain trust in his/her own instincts.

Plus, there usually is an overwhelming need to try to make sense of what happened and to connect the dots. Asking pertinent questions often satisfies this need.

However, knowing more and more details about the affair can cause the betrayed spouse to fume and ruminate even more.

It’s important for the Hurt Partner to decide at some point whether these conversations are healing or hurtful…and when it’s time to stop gathering information.

In the early stages of recovery from an affair, many couples have marathon discussions about the infidelity, but eventually, they must strike a balance between talking about the affair and focusing on other aspects of their lives —otherwise, the relationship will become too problem-saturated, and it simply won’t feel good to either partner.

Intentionally engaging in neutral or even positive interactions will improve the relationship exponentially. That’s because what you focus on expands quickly.

If you ask your unfaithful spouse a question and the honest response is hurtful to you, it’s important not to lash out angrily. It may take courage to share hurtful information, and it’s important for the betrayed spouse to encourage honesty.

Therefore, even though your mind may be roiling, state your feelings as calmly as possible by using I-messages and acknowledge the unfaithful partner’s willingness to come clean.

3. Notice What Helps You.
Although it may seem as if the hurt is ever-present following the discovery of an affair, the truth is, there are times when sadness and anger dissipate. It’s helpful to ask yourself, What’s different about the times during the day when I feel just a little bit better? and keep a running list of what works.

Example: Many people say that it helps to exercise, be with friends, meditate, do yoga, pray, spend time with kids if you have them, keep a journal and so on. After taking an emotional hit, knowing how to help yourself feel more at peace can be extremely empowering.

4. Examine What Needs to Change in the Marriage.
Although it usually doesn’t occur during the initial crisis period, it will be important for the betrayed spouse eventually to take a close look at the factors that might have contributed to the affair.

Though some people stray even though they’re perfectly happy in their marriages, others feel that there has been an emotional or a physical void. Addressing these issues leads to deeper empathy and intimacy on all levels.

Dealing with Infidelity by Having Generative Conversations

Generative conversations explore the vulnerabilities in the marriage before the affair. This way of dealing with infidelity doesn’t blame the past for the infidelity, but it explores the motivations.

It is not unusual for some couples to establish a set of financial penalties, a “pre-divorce nup” to assure the Hurt Partner that the Involved Partner is completely serious about remaining faithful, open and transparent.

Dealing with infidelity is a process, not an act. As the Hurt Partner begins to forgive, they become more willing to acknowledge the Involved Partner’s efforts toward complete transparency.

The Hurt Partner cooperates with the Involved Partner and begins to trust…even in the face of uncomfortable uncertainty. The growth of trust is a good indication that each partner is dealing with infidelity.

The Hurt Partner also begins to lean into the Involved Partner when inevitable triggers about the affair occur. It is the soothing and sharing of these triggering episodes which begin to calm the nervous system of the Hurt Partner. Research tells us that this process may take as long as two years for the couple to completely exit what Gottman calls “the Atonement Phase” of affair recovery.

Dealing with Infidelity With The Catalyst of Science-Based Couples Therapy

“After the couple emerges from the atonement stage with tentative forgiveness, they come together to build a new relationship. First, they acknowledge that the old one didn’t meet both of their needs. The victim should not be blamed for this past deficiency, but he or she must cooperate in constructing a new approach” John Gottman.

Attune To Your Spouse 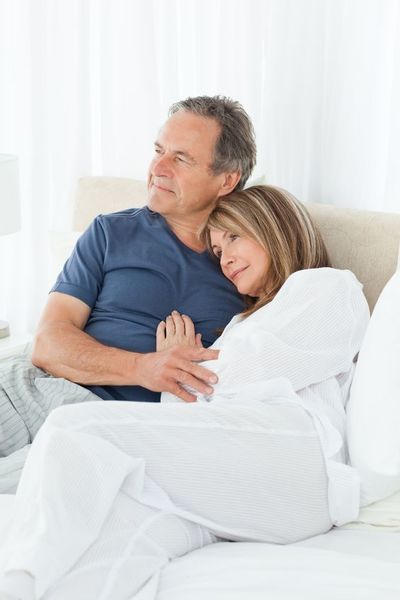 In the Attunement Phase, the couple typically has constructed a shared narrative of “what happened.”

They acknowledge the vulnerabilities that characterized their prior relationship, and they have taken massive action to eliminate them. They have, to all intents and purposes, forged a new relationship out of the ashes of the old.

This acknowledgment of relational vulnerability is not the same as sharing the blame, but it is a concrete consideration of what was going on between the couple that weakened their marital bond over time.

Dealing with infidelity requires a greater awareness of each other’s abiding vulnerabilities, and they turn toward each other for comfort and solace.

When they have a conflict, they are tolerant and respectful of one another and respond with a sense of fair play without defensiveness.

The foundation of marital satisfaction is empathy. Empathy is one of the early casualties in an affair. Dealing with infidelity means facing squarely into the need to heighten empathic engagement.

But it is restored in the Attunement Phase. Transparency and Trust are two sides of the same coin, the vital currency of emotional healing, and the twin tasks of affair recovery. Dealing with infidelity is hard work, but most couples say it’s well worth the effort.

Heal from the Affair Online

Previous Post 3 Strategies for Coping with Infidelity Next Post My Wife Hates Me…and Took All My Nobel Prize Money!