Can science-based couples counseling result in communication miracles for couples?

Here’s a different set of questions.

What is the purpose of a fireman? Or a smoke detector?

I recently asked Jim Ramsey, one of the most senior couples therapist at CTI to discuss some of the different ways husbands and wives have so much ongoing trouble simply trying to communicate with each other.

Rev. Jim is a thrice ordained minister who has been helping couples ever since he started his ministry 49-years ago. He has served in a variety of roles from San Diego, CA to Missoula, MT.

Jim has presented Level I workshops for the Gottman Institute to professionals.

He is also a Presenter for the Art and Science of Love, and several other psychoeducational programs.

Jim’s a husband, father, grandfather, and an avid outdoorsman.

In marriages, it seems to me that in many ways husbands tend to function like firemen, while their wives operate more like smoke detectors. Men and women often have very different perspectives.

This isn’t necessarily true of all couples, but gender-based socialization being what it is…it’s true of many.

Typically, the husband focuses on “putting out fires,” while his wife focuses on “detecting smoke.” This difference in perspective can either cause marital problems or help prevent them.

The same “fireman husband” who is willing to run into burning houses to save the inhabitants from a fiery death, wants to take the battery out of his wife’s “beeping smoke detector,” because he doesn’t smell any smoke in their house.

He is tuned into finding “big problems” that he can fix and doesn’t notice the small problems that his wife sees as potential dangers.

Communication Miracles for Couples Starts with Unpacking Your Pattern Together

The husband views his wife as constantly upset or negative about small issues, while apparently not appreciating “the big things” he has been accomplishing. He can work overtime to get a significant bonus to help with Christmas gifts, but she complains that he is late for dinner.

He becomes very defensive and annoyed by her “picky, negative attitude.” Down deep, he is hurt because he thinks his wife doubts his devotion to her and the kids and doesn’t appreciate his hard work. He feels defensive because he thinks he has more than demonstrated the fact that she can relax and feel secure.

Interestingly, the wife often feels less important to her husband than other people, things or activities. I can’t tell you how many times I’ve had a wife tell me that she feels like she is “at the bottom of her husband’s list.” She knows her husband is a competent “fireman”– that’s not her issue. 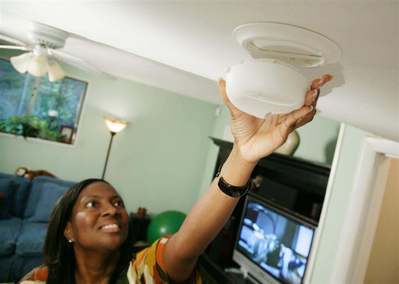 She simply feels that other people’s fires are more important to him than her worries and concerns.

Many times, she feels her marriage and family are in grave danger because “she smells real smoke” that soon may become a real fire.

When she “beeps” her warnings, he wants to remove the battery, convinced that her smoke detector is faulty.

He becomes irritated and sometimes even angry because he feels she is always “nagging at him.” He admonishes her to have a more positive mental attitude and stop being “so negative.”

How Can You Experience a Communications Miracle for Couples?

The research through The Gottman Institute has discovered some very relevant information that most married couples in America are still unaware of – information that could result in communication miracles for couples.

I will be sharing information from this research in each of my blogs.

A classic “fight” between a husband and his wife is one in which she vents her feelings and he critiques the words she uses.

He usually points out that they either are not true or are exaggerated. 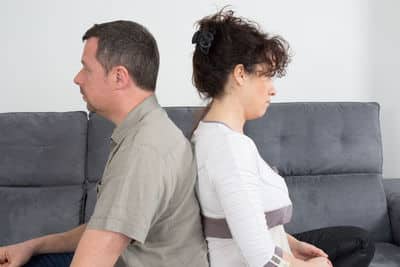 What’s Stopping a Communication Miracle for Couples Like You?

The real problem is that they speak two different languages.

She speaks “emotionese,” using strong words to convey strong feelings and he speaks “rationalese,” which is very literal.

Obviously, they need to understand each other’s language or speak the same language.

Furthermore, the researchers found that 30% of men will not receive influence from their wives and that these men cannot stay married longer than three years, regardless of how “masculine” or “rich” they may be.

These men typically do not express their emotions and react badly when their wives do. Wives need to be heard and given emotional support! They believe it’s a better idea to discover the source of smoke than to wait until their house is on fire.

Is There Really a Communications Miracle for Couples?

So, to summarize, the problem isn’t that husbands are often like firemen and wives like smoke detectors. The problem is that they don’t perceive these differences as complementary and or valuable.

Those who experience the differences as enriching will experience a communication miracle for couples.

Most wives appreciate a man who is good at fixing things around the house. But they’d simply rather have him fix some faulty wires in the attic than attempt to put out a raging fire in their house.

A husband who appreciates his wife’s sensitivity and discernment, while recognizing that she is often aware of a problem before he knows it exists, is a wise man indeed.

Both husbands and wives need to make their first priority the safety and health of their marriage and family.

This is best achieved through mutual understanding, respect, and honor.

And achieving that can be a communication miracle for couples.

Previous Post Do Millennials Have the Wrong Idea About Marriage? Next Post 6 Ways to Spot a Narcissistic Wife and 5 Ways to Deal With Her
Call Now Button