What is Codependent Marriage?

A codependent marriage is when a partner consumes considerable financial, emotional, and physical resources on behalf of their more problem-saturated spouse. 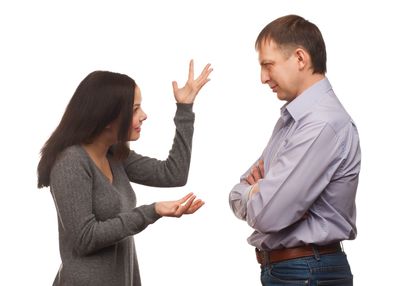 What do we mean by a codependent marriage…and how did we begin to frame things that way?

How Did We Develop the Idea of a Codependent Marriage?

Ideas from Humanistic Psychology, Feminist Thought, and Systems Thinking and the new “disease” model of addiction culminated in a constellation of ideas known as Codependence.

A half dozen books debuted during the 1980s, cementing the concept of codependent relationships into popular culture.

A clinical community of practice, hungry to understand the interplay of addiction and family interactions, began to see codependents under every bed. Codependence became a trope in popular culture, and the pre-eminent model for understanding problem-saturated marriages.

Because I am discussing the theory of Codependence broadly, and not addiction, in particular, I will be referring to one spouse as the “problem-saturated” client in a codependent marriage.

Is Being in a Codependent Marriage a Mental Illness? 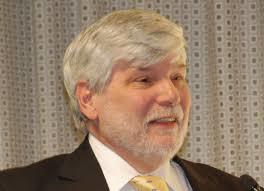 Cermak was convinced of the pathology of Codependence and submitted a paper outlining a proposed Codependent Relationship Symptom Checklist to the American Psychiatric Association.

Although his paper was ultimately turned down for inclusion into the DSM-4, Cermak’s ideas were enormously influential in the field of addiction treatment.

Over the last 30 years or so, the pathology of a codependent marriage became a familiar clinical trope in addiction counseling… and even seeped into couples therapy.

The hallmark of Codependency Theory is a differentiated value system. Attachment is a devalued process. Here are Cermak’s symptoms of a codependent marriage, and how they might be seen differently through an attachment science lens instead:

What They Thought About Codependency

Codependency, we were told, is a learned behavior. The Codependency Theory was highly focused on systemic FOO (Family of Origin issues).

In other words, we react to our problem saturated spouse with the same sort of blurred boundaries that our parents modeled for us on a daily basis.

Because our mother or father always played the martyr, or had ongoing struggles with boundaries, or could never say ‘no’ to people, we absorbed these patterns unconsciously and then we installed them into our unfixable and emotionally gridlocked, “codependent” marriages. 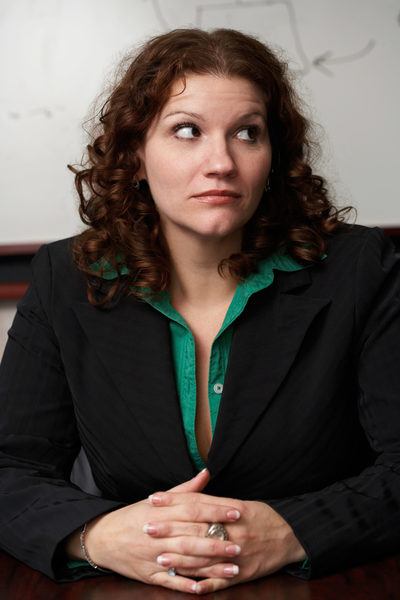 Why the Notion of a Codependent Relationship Took Off

The notion of a codependent relationship is still holding on for dear life in addiction studies.

30 years ago, the Codependency Model was perceived as an ambitious and thoughtful framework for understanding alcoholic and addicted family systems.

But, since the 1980s, research and Attachment Science have taken us much further. We now understand that trauma is a more appropriate context for working with “codependent” marriages.

How Codependency Missed the Importance of Attachment

According to the tenets of codependency, if you grow up with emotionally unavailable parents, you’re at a higher risk of being codependent in your intimate relationships. This would seem to correlate codependency with anxious attachment.

The tipping point is obviously emotional availability, and the ability to manage emotional gridlock. If we do not have healthy boundaries that protect us from physical or emotional harm and signal to our partner that their abusive behavior is not acceptable.

But instead of focusing on attachment, addiction therapists focused on the problem-saturated partner.

Apparently, in 2020, the notion of a codependent relationship is in full intellectual retreat.

It was 7 years ago that Thought Leader Joann Russell sent an open letter to other thought leaders including Patrick Carnes, Stephanie Carnes, and Robert Weiss. Among other interesting suggestions, Russell heavily critiqued the Codependency Model.

Referring to the idea of a codependent relationship, Russell said that codependence was…

…like diagnosing one partner with cancer…and giving the other one chemo.  JoAnn Russell.

Leading thinkers in sex addiction such as Patrick Carnes, Stephanie Carnes, or Robert Weiss, now use attachment-based trauma-informed approaches and have shifted significantly away from the Codependency Model. 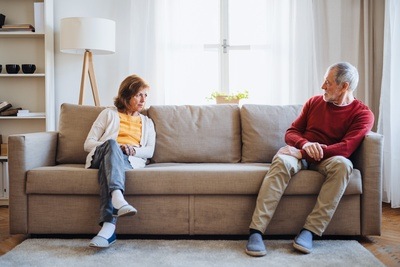 The dominant codependency paradigm offered a welcome explanation for how all forms of addiction impact families. Codependency became a shared therapeutic language.

However, “codependence” was nothing more than speculation on the relationship dynamics in troubled families.

It was a set of ideas that that hyper-focused on the problem-saturated partner. These ideas were not grounded in the fundamentals of couples therapy.

Couples Therapy 101 requires a balanced therapeutic bond with both partners.

But the Codependent Model marginalized the long-suffering partner as an afterthought to the addict’s treatment. I also feel that hubris was involved.

I would no more tell an addiction specialist how to help a client achieve sobriety than I would expect them to offer me couples therapy insights.

Partners were treated very insensitively by the Codependency Model, particularly around traumatic disclosures. Over time, spouses and other family members felt blamed and marginalized as being “codependent.” A backlash against “partners looking at their own issues” grew steadily over time.

Do You Focus on the Family’s Trauma… or the Problem-Saturated Client?

The epicenter of the codependent marriage was the hyper-focus on the problem-saturated spouse. While notions of systemic thinking pervaded addiction treatment, the addict became the dominant focus, and traumatized spouses were told that they were “part of the problem.”

The Codependency Model scolded spouses for “rescuing” their problem-saturated partners from self-inflicted negative consequences. These spouses were hurt and bewildered to hear that they were enabling their partner’s irresponsible behaviors.

What the Codependency Model failed to understand was that the “codependent” behaviors of spouses were directly related to the trauma of living with a dangerous and unpredictable partner.

The Codependency Model has been replaced by a Betrayal-Trauma model that sees addiction as an intra-personal problem with inter-personal consequences on long-suffering family members.

How did systemic thinking fail us? My guess is that addiction therapists hyper-focused on the addict and ignored the traumatic experience of their spouse because (drum roll please….) they had no couples therapy training. 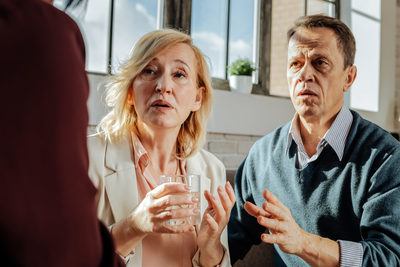 Don’t get me wrong. Systemic thinking is highly useful, but we now know that when dealing with problem-saturated partners, we have to deal with the trauma of their spouse’s betrayal first.

The pushback against Codependency started with clients, particularly partners who felt blamed and sidelined. Soon therapists began to notice, and discuss their client’s feedback.

Ironically, it was only when Stephanie Carnes experienced her own personal betrayal trauma, she came to realize that the Codependency Model was a “square peg in a round hole.”

Pitched Battles to Save Codependency

By 2007, addiction conferences became pitched battles between codependency diehards and advocates for the new Betrayal-Trauma Model.

Sex addiction specialist Stephanie Carnes completely overhauled her assessment process and disclosure protocol. Stephanie “felt a sense of shame” about being wrong about codependent marriages. She even lost several professional friendships over her paradigm shift over to the new Betrayal-Trauma Model.

Couples therapy is a key aspect of this new attachment-based model. Previously, addicts and partners were told to work on themselves before attempting couples therapy. Unfortunately, this resulted in the “codependent” marriage taking a backseat to the problematic behaviors.

She felt that the new Betrayal-Trauma Model was a healthy paradigm shift…and it was time for all addiction therapists to “get on the bus.” 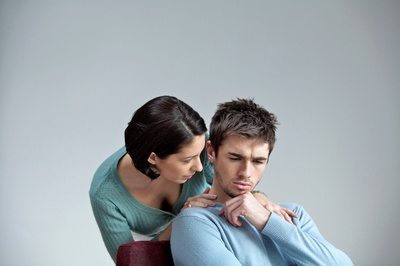 The Codependency Model was an attempt by the addiction community to describe a constellation of behavioral problems in problem-saturated families.

While it’s true that many of these marriages suffer from poor boundaries, the Codependency Model typically marginalized attachment trauma, and found fault with the traumatized spouse.

Traumatic reactions, such as increased depression and anxiety, hypervigilance, or a need to control a situation, are not codependency. They are a betrayal-trauma response.

Science-based couples therapists are quite familiar with these behaviors. In his book, “Transcending Post-Infidelity Stress Disorder,” Dennis Ortman, Ph.D., describes these symptoms are normal reactions to an alarming event; the often painfully slow unfolding of a partner’s lies and betrayal.

The word trauma means “wound,” and the betrayed partner has been wounded to the core by their partner’s secrets and lies. These secrets and lies could be about sex, alcohol, money, drugs, criminal activity, emotional affairs, etc.

We now know that all therapy should be trauma-informed. What we used to call codependent marriages are, for the most part, normal reactions to ongoing trauma and not a mental illness.

Get Good Couples Therapy in the Privacy of your Own Home…