Chronic illness and marriage problems are increasingly on the radar of medical researchers.

It’s an axiom of marital research that happily married couples (particularly husbands) are both psychologically and physically healthier than spouses in troubled marriages.

Chronic illness in marriage can be deconstructed into the specific presentation of predictable symptoms. How does a happy or troubled marriage play out in the bodies of the chronically ill?

Emerging research on chronic illness and marriage problems is demonstrating that when the heart breaks… the body cries out.

So if you or your spouse have a chronic illness and marriage issues at the same time, you need to understand the relationship between emotional distress and the flaring up of your symptoms.

Chronic Illness and Marriage Problems…No Picnic for the Healthy

Researchers are taking a hard look at the connection between the experience of being in a marriage and how it impacts physical health. In an earlier post, I discussed a European study how the corrosive impact of chronic physiological arousal in men. 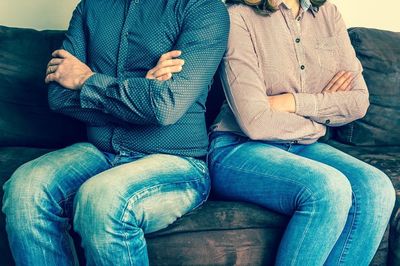 The most important finding of the study was that being on the receiving end of harsh criticism was a serious health hazard for many men, resulting in hundreds of unnecessary deaths each year.

The research reveals that husbands who experience nagging from their fretful partners were more than twice as likely to die within ten years than those with less stressful marriages.

This was a gender-specific impact. The research showed that women are far more resilient in the face of harsh criticism, most likely because they process being on the receiving end of negative emotions differently, and engage in better ongoing self-care through robust social supports

The research indicates that over 300 extra deaths per 100,000 people per year could be caused by persistent spousal criticism, nagging and the perceived incessant articulation of demands and concerns from their too often ignore wives. It’s the Guy Code again.

In another post, I discussed research that showed how chronic bickering wears away at the stomach lining, eventually creating fissures and holes which allow dangerous bacteria, toxins, and even partially digested food to seep out of the gut and into the bloodstream and underlying tissue.

This impact of bickering on health is important because studies demonstrate that changes in intestinal bacteria and the resulting inflammation play an essential role in the onslaught of several common chronic inflammatory diseases.

But it’s important to note that this research on nagging and bickering discussed the health impacts of a bad marriage on presumably otherwise healthy people.

Medical researchers are now asking about the impact of a troubled marriage on concurrent chronic illness.

Chronic illness in marriage can create problems with a toxic, interlocking connection. 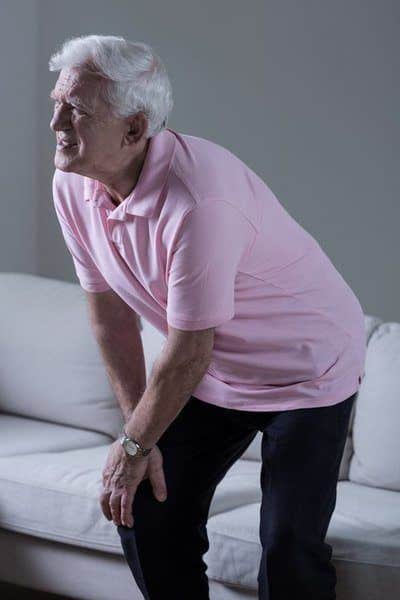 Researchers at Pennsylvania State University’s Center for Healthy Aging and Kent State and Purdue Universities studied 145 couples that were at least 50 years old. The study subjects involved one spouse with osteoarthritis.

They also studied another 129 couples that were age 55 or older in which one spouse had diabetes.  Researchers were preoccupied with these two illnesses because they are perhaps the most common serious chronic conditions among aging adults.

The study subjects kept daily diaries for several weeks. They were instructed to take particular note of their mood swings, and particularly whether or not their conversations with their partners were conflictual.

They were also asked to keep track of their specific chronic symptoms (i.e. pain and inflammation for arthritics, or increased thirst for diabetics).

The research findings were absolutely clear. Chronic illness in marriage and bickering are inflammatory.

If you have chronic arthritis or are diabetic, if you fight with your spouse, there is typically an immediate flare-up of symptoms.

To be even more specific, for the diabetics, the symptoms dramatically increased on the same day as the marital bickering.

But the study showed a difference for those managing the chronic pain of osteoarthritis. They also usually had a flare up of symptoms on the same day…but they also reported more squabbles and bickering with their spouses on the following day.

For these spouses, chronic illness in marriage and marital distress are a deadly combination.

This is a vicious cycle with real life-changing implications.  Spouses with severe arthritis pain are more likely to eventually become disabled. And spouses with poorly managed diabetes can suffer chronic nerve pain and even blindness.

It’s a fact. Persistent chronic illness and marriage problems can cripple or kill.

How Science-Based Couples Therapy Can Save Lives 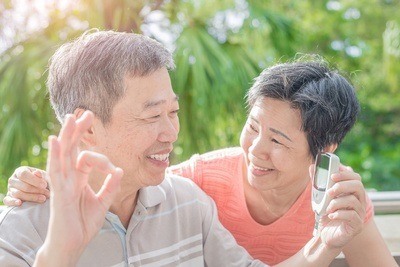 Researchers made several observations which speak directly to the power of science-based couples therapy:

A Good Marriage Protects Your Health

Science-based couples therapy isn’t just about increasing intimacy or getting along better. New research is showing the startling connection between a good marriage and sound physical health.

For the chronically ill, the quality of their marriage is often the tipping point in their overall quality of life. If you are managing a chronic illness, and are bickering with your spouse, good couples therapy can help you live a longer and less painful life.

Chronic illness and marriage problems are not unmanageable. Get help now.

Source: The research entitled “Daily Marital Tension and Symptom Severity in Older Adults With Diabetes or Osteoarthritis,” led by researchers at The Pennsylvania State University, published in Annals of Behavioral Medicine. June 12, 2018

Are You Ready for Good Couples Coaching?