I am often asked about children of divorce. Wives sometimes ask me, “do you think I should stay in a miserable marriage just for the sake of my kids?” This is a very loaded question. First of all, this question implies that marriage is in a perpetually static state… once miserable.. forever miserable. That’s the story behind the Walk Away Wife.

Research has proven that this belief is not only false, but it’s also dangerous to the mental health of your children.

Over the past three decades, science has unlocked the secrets of how to make a troubled marriage happy and successful. But as Michele-Weiner Davis points out, it isn’t magic. It takes work.

When you have children and you are unhappily married, you owe it to them to confront every obstacle and employ every resource to avoid dissolving your marriage. There are plenty of new age pundits who claim otherwise. But hear this loud and clear:

Once a marriage dissolves, so too, does the family… forever. Research tells us that children only benefit from divorce only in those situations where there is extreme abuse. It is estimated that only one third of the divorces in our country fit this criteria. In all other cases, children lose out on many different dimensions when their parents split. Even when the adults feel happier as a result of divorce, research shows that there is no “trickle down effect” in terms of how the children fare. Michele Weiner-Davis 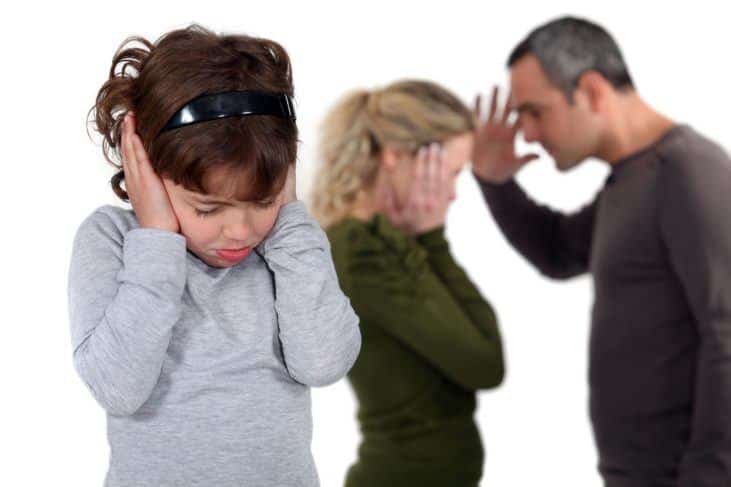 The science says that your “personal growth” can be hell for your kids.

There are a few notable exceptions, such as systemic domestic violence, drug addiction, criminal behavior, and severe mental illness, etc.

But “conventionally unhappy” marriages can be turned around.  There is no virtue in suffering in silence. You can get action on your chronic issues.

Research on Children of Divorce

Children of divorce are one of the most carefully studied areas of social science. Don’t let anybody cause you to think otherwise. The science on this is settled. If you have children, divorce dissolves their family, upsets everything they rely on, and may set a bad example that they will carry into their future.

Once you choose to bring children into the world, divorce isn’t a solution to an unhappy marriage. Fixing it is. Michele Weiner -Davis

Children of divorce go through predictable responses, according to the research. Knowing these differences can help you to anticipate the impact of your marital decisions on your children.

Children of Divorce: Pre-Schoolers and Younger Children…It’s All My Fault! 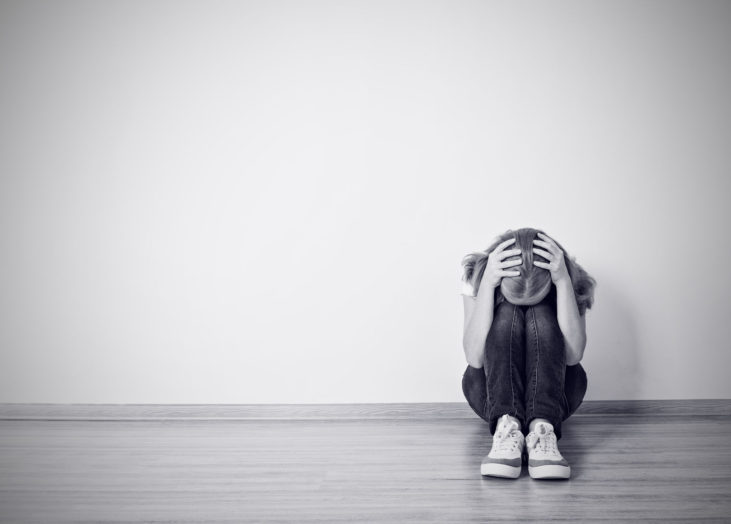 Children of divorce under the age of 9 that tend to believe that they’re responsible for the breakup. They also tend to fantasize about their parents coming back together again, and their family life happily restored.

Attachment science tells us that pre-schoolers see their parents as the center of gravity in their emotional universe.

For young children to develop into healthy adults, they require focused attention, love, and security from their parents.

As a result of their sense of guilt and responsibility, pre-school children tend to be clingy and more anxious.

Divorced parents often notice that after the divorce, their pre-school children regress into bed-wetting, and seem to be incapable of completing simple tasks that once were easy for them.

Family therapists tell us that this is often a strategy that little children employ to attract their parents to come together around the set of symptoms that the child is presenting.

Children of Divorce: Young Adolescents and Teens… It’s All Your Fault!

Children of divorce between the ages of 9 and 18 years put the responsibility where it more appropriately belongs, but they tend to have strong resentments about it. These children of divorce have a higher capacity to think for themselves and are more independent. 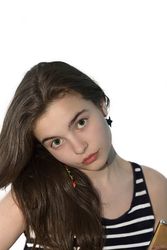 They often feel betrayed and let down by their divorcing parents. They think that they can’t trust their parents to put their needs ahead of their own, and a sense of growing mistrust enters the relationship.

These are the children believe that the best way of coping is to focus on taking care of themselves, because that’s what the parents are modeling.

Typically, young boys show increased levels of aggression and disobedience, while girls will become more withdrawn and prone to anxiety. Perhaps in a regressive strategy, Girls of divorcing parents also tend to become sexually active earlier than their peers.

“You want a problem? I’ll show you a problem!” seems to be their defiant stance.

Children of divorce between 9 and 18 report feeling increased levels of stress, anxiety, and feeling alone and abandoned. Some also complain that they feel bitter, embarrassed, tormented and feel a significant loss of self-esteem. Their feelings might lessen as they eagerly anticipate fleeing the nest, which is often a premature launch into early adulthood.

Other known effects of divorce on teens are chronic school issues stemming from behavioral problems. Bitter and angry children of divorce can become incredibly challenging to manage as they careen through their teen years.

But if you want to see sparks fly… prioritize your own emotional reactions over the emotional well-being of your children. Have a bitter and rancorous relationship with your ex. The higher the ongoing conflict between you… the more you compound the misery and pain of your children.

Long-Term Consequences for All Children of Divorce

Judith Wallerstein was the most exceptional researcher in the field of children of divorce research. She conducted an extensive and well-designed longitudinal study.

In one of the few close-up studies of its kind, Wallerstein carefully followed 131 children whose parents were divorcing over 25 years. The study of the children of divorce was her passion and her life’s work.

Judith had her detractors. She made some people uncomfortable. She was always having to defend her work by saying, “I’m not saying don’t get divorced, I’m saying, don’t ignore the long-term consequences.”

People harped on the fact that her subjects tended to be more economically well-off and better educated. (As if data from more economically disadvantaged and less educated families would somehow improve the research conclusions…)

What was most compelling about Wallerstein’s study was that she also studied a comparison group of children from the same communities whose parents did not divorce. This study showed how divorce impacts the thinking and emotional life of children of divorce, creating more tentative interior models of relationship compared with similar children who grew up with the benefit of intact families. Despite the best intentions, kids and divorce are difficult to handle with skill.

Her careful work tells us that the most significant negative impact of divorce echoes through time, 15 to 25 years into the future.

Here are a Few of Her Research Findings:

As parents continue to act out, it sets up a vicious circle that inhibits healthy emotional development and functioning of the children.

“The children of divorce tended to do well if mothers and father, regardless of remarriage, resumed parenting roles, putting differences aside, and allowing the children continuing relationships with both parents. The problem is that only  a few children had these advantages. Judith Wallerstein.

Children of Divorce Were Studied by Other Researchers As Well 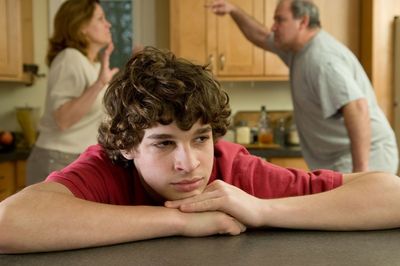 Another critical researcher, E. Mavis Hetherington, is a developmental psychologist. She also conducted an extensive longitudinal study, following 1,400 families, with a population of 2500 kids over 30 years. Here are some of her findings:

Children of Divorce in a House Divided

The children of divorce were under the age of 14 when their parents split up. She focused on their “inner feelings” in a survey. Here are a few of her findings:

The Inconvenient Truth of Children of Divorce

In the late ’80s, Marquardt and Wallerstein endured a firestorm of criticism from a culture that did not want to hear this sad news about the effects of divorce on children. They supported each other in the press and declared unequivocally that many adult children never recover from the often “cataclysmic” impact divorce has on their development.

Our culture loves to portray divorce as a second chance for happiness for adults, but the children of divorce have a profoundly different experience.

Wallerstein endorsed Marquardt and her research. “Her observations are right on target,” said Wallerstein. “These children have a sense of living in two different worlds. They grow up with difficulty in feeling whole.”

Wallerstein and Marquardt contradicted a cultural norm, comforting afflicted children, and afflicting comfortable divorcing parents. A cottage industry of third-rate detractors emerged to oppose them in the media, but they had no science behind them, only narcissistic polemics.

The Benefits of Emotion Coaching 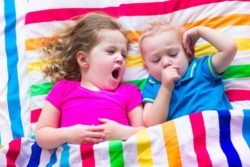 A little over 20 years ago, John Gottman developed the concept of meta-emotion and styles of emotional discourse. As a result of this research, he developed the idea of Emotion Coaching.

Emotion Coaching is a specific quality of parental engagement, and it is particularly impactful with children of divorce.

Parents who display an accepting attitude toward their children’s emotions, while acknowledging the reality of their feelings, and verbally coaching them to understand, describe, and ultimately cope with their feelings were buffered against the emotional upheavals of their parent’s divorce.

Research with preschoolers, elementary school-age children, and adolescents has demonstrated that Gottman is right. Emotion Coaching has a positive impact on children of divorce. In a 3-year longitudinal study, Katz and Gottman (1997) found that parents’ emotion coaching beliefs buffered preschool-age children from the negative effects of their parents’ distress.

Emotionally coached children of divorce tend to adapt better. They acquire a better understanding and regulation over their emotions. They also exhibit fewer behavior problems and internal symptoms.

Some divorces are unavoidable, and may even be necessary. Emotion-coaching can help your kids acquire the resilience they need to get through. But unnecessary divorce may set your kids up to anticipate a future failure when they eventually cross the developmental threshold into their own romantic attachments.

Children of divorce become conflicted, tormented, and gun-shy. As adults, many tend to flee commitment at the first sign of trouble. If they have kids, the same maladaptive pattern can repeat, echoing into future generations, long after your unhappy marriage is over and forgotten.

Are you on the edge of divorce? You can turn it around. We can teach you how to rein in negativity and stop fighting in front of the kids. We can even teach you how to fight fair, even if your parents never showed you how.

Science-based couples therapy is 70-90% effective. But it takes courage and guts to turn around a difficult situation. Book an online assessment today.

Learn More About Improving Your Marriage and Preventing Divorce