Angry Wife? Why and What Can I Do About it?

I have an angry wife...Why?

Research bears that out.

An angry wife typically battles about serious issues of power, fairness, and responsibility. But on the surface, it looks like a fight about 'nothing.'

We have a cultural belief that men are more prone to anger than women, but that is simply not true. Research at University of Massachusetts, reported that there are essentially no differences in the frequency of anger between men and women.

But what is profoundly different between men and women is their management of anger. Sandra Thomas at the University of Tennessee conducted a large-scale empirical study of the "ordinary anger of everyday women." Her research suggests that there are three consistent themes to the source of a woman's anger; irresponsibility of others, injustice, and powerlessness. 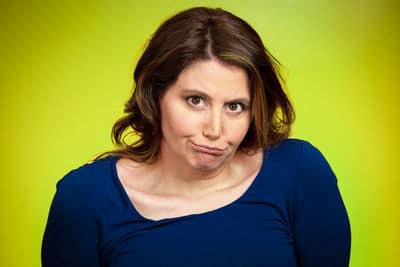 My wife is mean! Why?

She is peeved because she feels powerless, prevailed upon and provoked!

Dr. DiGiuseppe's research indicates that women stay angry longer than men, and are much more inclined to harbor grudges and resentments. Most importantly, women are far more likely to employ indirect aggression. When anger goes dangerously deep with women, they are much more likely to begin to go silent and dark on you.

This is the emotional foundation of what Michelle Weiner-Davis describes as the "walk-away wife." As a rule, women are typically uncomfortable with direct expressions of anger, so in the early stages of marital distress, criticism becomes a crucible for their anger. This is where psychobiological differences between men and women begin to complicate matters. Walk away wives are what drive many confused husbands to contact us for intensive marital counseling at Couples Therapy Inc.

The pattern of marital deterioration is predictable. So is the common onset of depression which can intensify irritability and marital problems in a circular way. Couples with frequent disagreement or arguments are 10 to 25 times more likely to experience depression than marriages that are not as conflictual. Feeling unsupportive also makes women more susceptible to depression.

Women, more comfortable with low-grade conflict, and will want to talk things out with their husbands in the earlier stages of distress. But men in problematic marriages see this as criticism and may get defensive.

Men often have little or no skill in managing low-grade conflict and either act defensively or stonewall.

Is she angry with her husband? Maybe it's because he has a hard time reading her...

What is amazing is that Gottman's research tells us that when a wife brings up an issue, 40% of the time the husband doesn't even fully understand what she is talking about. This might be due in part, to the speed of the male defensive reaction, and the tendency of men to become quickly flooded when they feel attacked. When I was discussing my research for this post, Dr.K  told me that men also have a diminished ability to read their wives facial expressions and body language as they become flooded. Curiously, this is often not the case with other conflictual conversations that these same men may have with other people. This might be an intriguing area for future neurological research. In contrast, women are far better at self-soothing than men. 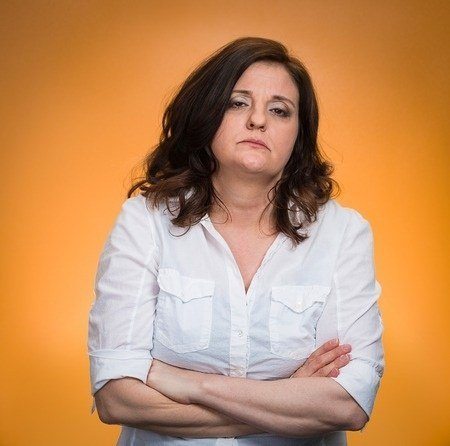 ​A woman is triggered to anger when she sees her husband's behavior as irresponsible, feels a sense of injustice in not having an influence on him, as well as an abiding sense of powerlessness over her inability to achieve a favorable outcome. You can see that gender differences in conflict management can profoundly undermine marital satisfaction.

Of course women do become physiologically aroused when angry as well. Research shows that they experience and express their anger differently, however, and tend to be slower to resort to aggressive anger, and tend to calm down faster. Women are more at home with remaining steady and regulated during unpleasant conversations.

Often it's because the woman, herself, has brought up this conversation.

Gottman's research suggests that the way a woman brings up these unpleasant conversations will determine how they turn out. If she brings it up harshly and critically, both are more likely to get nowhere constructively in the conversation. Wives can discuss their annoyance and still aspire to have a productive and intimate conversation. An angry wife is still an engaged wife.

Why am I so angry at my husband? The trauma variable

If you have Developmental Trauma or PTSD, you may become flooded, just like your husband. Your flooding, however, will be entirely different. You will have a glazed-over cast to her eyes, and will emotionally withdraw. Your"checking-out" at this point means that you needs a twenty-minute break or so to self-soothe, and calm yourself down.

If you are both flooded, you both need a twenty-minute break that offers a mental shift. Listen to music, watch TV, read a book or magazine. If you ruminate and obsess about the argument, you are unlikely to calm down. I do a lot of work on couples retreats because Developmental Trauma has led to constant toxic fighting and emotional withdrawal.

An answer from the research

In our couples retreats, our first priority is to help couples to understand that anger is an emotion of thwarted desire. It's an emotion of engagement, particularly if it can be channeled constructively. Women who are angry may have a lot to say to a husband who is sick of the way it's being said. Being able to help a critical wife express this holding tank of emotions and feelings is important. But helping her do it in a way she can be heard is even more important. And helping her husband hear it is the flip side of the coin.

We help husbands to appreciate that as unpleasant as it may be to have an angry wife, a silent and sullen wife is a much bigger problem.

The couples who come to us want to start relating better, want to talk so they can be heard, and want to know how to express even tremendous anger impactfully AND effectively. It's our task in a Couples Therapy Intensives. And it's all done in a weekend.

Here is what to do when wife is upset

What do I do when my wife is always irritated with me?

Listening to criticism is hard. Research shows that. It's hard to endure what seems like a "relentless attack" from your angry wife. And it's not enough to "grin and bear it." It's important to know what effective complaining is, and collaborate in calmer moments to work toward talking productively. We can help.

However, the quality of your marital conversations when you are not in conflict is like money in the bank. When was the last time you went out alone together? You connected emotionally? You touched her lovingly?

While your primary job is to keep your cool when tensions rise, when things cool off,  your job is to be actively engaged and involved.

Don't get angry or defensive, or placate with false promises. Use the Groundhog Day questions. Get out of your conversational rut.

And always remember..if she's complaining it's because she cares. If she decides to give up and go dark on you.. she might become a walk-away wife. Unfortunately, many husbands take the precisely wrong approach in dealing with their walk away wife.

Our Couples Retreat is a perfect opportunity to change your fighting habits!

"We have the skills for coping when I get crazy angry.  I realize if I criticize him, he's only going to get defensive so I use my words carefully! We use the results of where we scored as a couple to help us also in see that we still have enough left in this relationship to work on it. We are talking better, too."   --Recent Intensive Client