A lot of people don’t know that engaging in infidelity can sometimes have legal and financial consequences. What are Alienation of Affection and homewrecker laws? 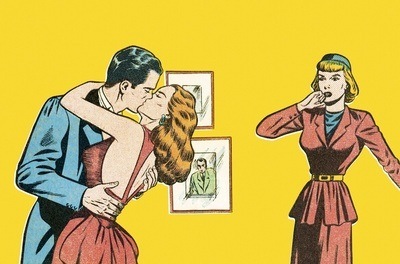 If you’re having an affair with someone who is married in Hawaii, Illinois, Mississippi, New Mexico, North Carolina, South Dakota or Utah, you could be vulnerable to a lawsuit by their spouse under the “Homewrecker” statutes in these states.

As quaint as the idea might seem, “Alienation of Affection” torts in these 7 states are taken seriously.

In these jurisdictions, it is perfectly legal for a person to sue someone who has become involved with your spouse outside of the marriage… or even someone else who, for different reasons, has deliberately disrupted your pre-existing marital happiness.

Do Alienation of Affection Laws Treat Women as Property?

Some pundits feel that alienation of affections laws treat wives as property, even though they are gender-neutral. Many other critics have described these “Homewrecker Laws” as demeaning and archaic. In fact, although affair partners are most typically the target of these suits, a family member, religious counselor, or even a couple’s therapist might also be sued under these laws.

A claim of Alienation of Affection is pretty challenging to prove. There are several necessary conditions to establish a claim several elements and there are several defenses.

To succeed in making an Alienation of Affection claim, the plaintiff has to show the following essential conditions:

In this post, I’d like to explore the notion of “Alienation of Affection” in a different way.

Alienation of Affection Cases are More Common than You Might Think

Alienation of affection laws, sometimes known as “homewrecker” laws, allow the spouse to sue another person for “purposefully interfering with the marital relationship,” according to Cornell Law School’s Legal Information Institute.

Cynthia Mills is an attorney who recently told CNN that she’s argued at least 30 “Alienation of Affection” suits during her 31-year career. Presently, she currently is working on five such cases. 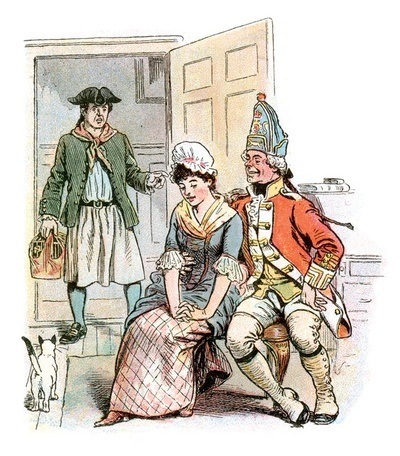 As I mentioned earlier, the key to winning these lawsuits is for a cheated-on spouse to convincingly demonstrate that their marriage was happy before the affair, and the affair partner (or another third party) undermined the relationship and caused its demise.

Mills said the “Alienation of Affection” tort is derived from old English common law which viewed women as property.

Can Someone “Steal” Your Spouse?

In the same way that a man could sue someone for stealing his flock of sheep, he could also sue for the “theft” of his wife.

Modern “Alienation of Affection” laws are not gender-bound, although the old English Laws they are derived from certainly were.

They are related to such similar torts as a Breach of Promise, a tort involving a broken engagement against the betrothed, and Criminal Conversation a tort action brought by a spouse against a third party, who engaged in sexual infidelity (euphemistically described as a criminal conversation) with their spouse.

These torts have long-since been abolished in most jurisdictions.

In 2010, Mills said one of her clients received a verdict of $5.9 million. Last year, a judge ordered a man to pay $8.8 million to a husband who was having an affair with his wife for more than a year. Most of the money awarded consisted of punitive damages meant to penalize the defendant, but $2.2 million was in compensatory, or actual tangible, damages.

Defenses Against an Alienation of Affection Tort

These homewrecker laws provide several stipulations for those accused of Alienation of Affection. If the couple is separated with the intent to make the separation permanent, there is no cause of action.

There is also typically a 3-year statute of limitations from the last act committed by the defendant to alienate affection.

A plaintiff may commence a cause of action for Alienation of Affection or criminal conversation against a natural person only. In other words, if you feel that your spouse’s affection has been alienated from you by his corporate employer, The “personhood” of the corporation is not a real live human being, so consequently, these can be no cause for action.

An Epidemic of Workplace Infidelity

However, the epidemic of workplace infidelity may suggest a different degree of legal peril for employers in these 7 states. In Smith v. Lee, 2007 U.S. Dist. LEXIS 78987, the Federal District Court for the Western District of North Carolina noted that despite the stipulation of a natural person, the question of whether an employer could be held liable for an affair conducted by an employee on a business trip was still unsettled for some time in North Carolina.

Changing social attitudes toward morality in marriage have made “heart balm” torts far less common. Most jurisdictions have become increasingly reluctant to intervene in cases of personal relationships that do not involve Domestic Violence or the welfare of children. And it is on this last point that I have a few thoughts that some might consider provocative.

Can it be Argued that Infidelity is a Form of Child Abuse? 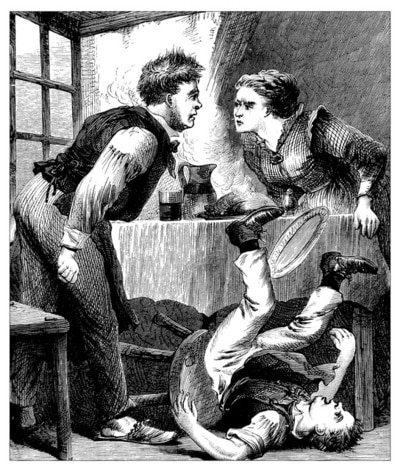 The impact of marital infidelity and Alienation of Affection on children is an explosive subject that touches millions of homes across America.

However, it is rarely considered or discussed in popular culture…except perhaps by researchers and couples therapists.

We take it for granted that kids can endure relational chaos because they are so incredibly “resilient.”

Whether a child is six, sixteen, or twenty-six, when one of their parents betrays the other, they are left with a host of psychological issues that often plague them for the rest of their life.

Researchers have concluded that there is a correlation between parental infidelity and their children’s increased odds of being unfaithful in their adult relationships. Infidelity impacts a legacy and family history far into the future.

In other words, your family might be carrying the burden of a legacy of infidelity, with all of its attendant relational distress, passing it unwittingly from generation to generation.

Are we Raising an Alien Nation of Intimacy-Impaired Children?

Children of infidelity and Alienation of Affection may also experience a violation of trust within the family system.

This emotional trauma may contribute to their developing an Anxious or Avoidant Attachment.  Many of them struggle with trusting their intimate partners for the rest of their lives.

Doesn’t it make sense that kids struggling when one parent is actively betraying the other might have a hard time becoming securely attached?

It can be safely argued that children are emotionally damaged by parental infidelity in a number of ways, and this toxic legacy echoes through time.

How do we reconcile the research which suggests that infidelity has a negative impact on child development with the modern sensibility that the state should stay out of our personal lives?

Do intact families have social value to the state? Or should states and jurisdictions be indifferent to mate poachers and serial infidelity and ban Alienation of Affection lawsuits once and for all?

This research was published in the journal Personal Relationships (Weiser & Weigel, 2017).