2 Success Secrets of Millennials and Marriage

2 Success Secrets of Millennials and Marriage 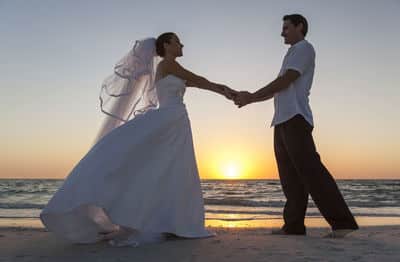 Millennials and marriage…the millennial generation is having a profound impact on U.S. divorce statistics.

And finally the Millennials, (born 1981–1996) now approaching marriageable age (22-37 years old). Millennials are distinctive in that they are the first generation to reach adulthood during the 21st century.

For many years researchers and couples therapists have resigned themselves to the reality that the divorce rate in the U.S A. had been steadily increasing.

However, the latest census data shows an amazing reversal to that trend. The divorce rate in the U.S.A. plunged 18 percent between the years 2008 and 2016.

A recent study from the University of Maryland explains this decrease. This research credits the millennial generation. Compared to Generation X, and especially Baby Boomers, Millennials are far less likely to divorce.

Millennial therapist Jennifer Elkins Discusses the Study. I asked Jennifer to comment on this research.

Jennifer emphasized the impact that the older divorce-prone boomer generation had on Millenials.

Millennials are cautious as a result of the family turmoil many of them experienced as children in their families of origin.

She also pointed out that Millennials, unlike prior generations, also live decidedly more public lives through social media.

When it comes to their personal lives, Millennials are a deliberate and purposeful generation. many have seen their parents struggle in marriage, and they want something different for themselves.

“I grew up seeing a lot of my friends’ families divorce; I’m sure most people my age have experienced either their parents’ or their friends’ parents’ divorces, and it had a profound effect on us. I think a lot of this group, myself included, vowed to themselves early on that they were not going to repeat the same patterns and mistakes as they saw their folks, or their friends’ folks, make.

I think that’s why they seek support from professional resources more willingly and more readily than other generations: they’re devoted to making their relationships work, and not end up as just another statistic. I think that as a result, Millennials generally aspire to stand out in some way among their peers and in their social media network, too, and it’s probably an ego boost and a dopamine rush for them every time they get a “thumbs up” or a “Like” on social media posts.

And you only get those when you’re posting wonderful things all the time, so there’s more of an incentive to pursue excellence, and have a good marriage (and therefore, to actually do what’s necessary to maintain “a good marriage”, not just maintain the appearance of it), because there is more social backlash (i.e., not as many “Likes” from peers) when you’re not appearing to maintain a good marriage.”

Is it possible that because of social media, Millennials have a more social, public awareness of their intimate relationships than prior generations?

Millennials and Marriage…What are Their Two Secrets to Marital Stability?

Research tells us that the more you defer getting married, mainly to focus on education and career, the more stable your eventual marriage will become. We’ve known this fact for a long time. What’s different about Millennials is that they are acting on this sensible advice en masse.

“The fact that millennials defer their marriages until after they’ve gotten their education and have successfully begun navigating adulthood suggests that they place a higher value on their own self-efficacy and self-actualization – being happy with themselves and being able to rely on themselves – than the value they place on partnering-up.

I asked Jennifer what the relationship was between self-esteem and healthy intimacy for Millennials:

They’ve developed stronger and healthier self-esteem. They don’t seek or need validation and reassurance from a partner to feel like they count; they find validation from within. Or, conversely, some M’s have learned that the only person they can trust is themselves, and may be a bit stingy extending trust to other people who could easily break it, which may make them look picky… I’d rather say that they’re appropriately discerning.

Unlike previous generations, Jennifer suggests, Millennials seem to have a higher degree of self-sufficiency:

I have a Millennial friend who’ll probably never marry. She’s not going to settle! And I think a lot of millennials refuse to settle.” Jennifer Elkins. 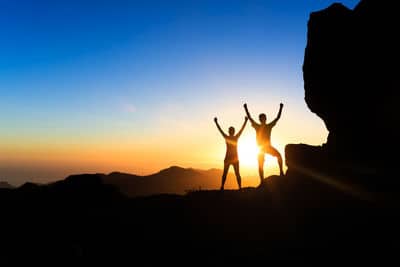 Millennials are not interested in the wash, rinse, repeat intimacy pattern of their parents.

Millennials are also far more selective about who they marry.

They will consider marriage not only when their own education, career, and finances are in order; they also have an investment in their future life-partners life-planning as well.

The difference with the baby boomer generation is dramatic. Boomers marry and divorce throughout their life cycle, even well into their 70’s.

This new study indicates that the epidemic of boomer divorce may finally have leveled out, but baby boomers continue to divorce at much higher levels than any previous generations for which we have data.

Are Millennials and Marriage a Sign of Privilege and Status?

Education is exerting an enormous impact on the meaning of intimacy.

Marriage is becoming an emblem of success. Fewer people are getting married, and they are the sort of people who are least likely to divorce. Marriage for Millennials has become the crown of thoughtful life-planning.

Marriage is no longer something you do. It has become a symbol for who you are…and who you are becoming.

Of course, there are Millenials who are devoid of privilege. Jennifer is curious about whether there was any data about Millennials and their likelihood or non-likelihood to marry vs. just move in with each other? Is the data suggesting that educated millennials prefer to marry instead of just living together?

Those Who Fail to Plan…Plan to Fail?

Marriage for the people of lower socioeconomic classes is, unfortunately, becoming increasingly irrelevant.

As the struggle to survive economically is becoming more intense, many poorly educated and economically disadvantaged Americans are choosing not to marry at all.

They still form households. They live together and have children, but in ever-increasing numbers, they are deciding not to marry.

The problem for these poor couples is that cohabitation is not a pathway to relational success. Cohabitating couples are far less stable than married couples. And this instability is growing at an alarming rate.

The good news is that American marriages are becoming more resilient. While this may be bad news for divorce lawyers and great news for couples therapists, they real bad news is that struggling, economically disadvantaged couples will have an even harder time staying together.

Millennials Are Driving the Demand for Science-Based Couples Therapy

Researchers at MidAmerica Nazarene University surveyed 1,000 engaged, married and divorced people for a glimpse into how men and women think about couples therapy

The verdict? Couples therapy is an effective way for couples to better deal with perpetual problems, and can even help happy couples do even better.

The Mid America Nazarene study uncovered some fascinating signs of where couples therapy is going over the next 20 years:

Millennials have no sense of stigma around couples therapy. This will result in a gradual, but substantial cultural shift over the next 20 years or so.

Millennials are driving the demand for good, evidence-based couples therapy.

I’m not surprised by this. Science-based, research-driven couples therapy keeps getting better all the time. The intersection of the best couples therapy ever available with the most receptive generation of couples ever will have a significantly protective influence over American marriages in the decades to come.

Communication, cash, Kids, and career issues were some of the main reasons for entering therapy.

3 generations were studied in the MidAmerica Nazarene Study—Baby Boomers, Gen Xers, and Millennials.

Online couples therapy is an idea whose time has come.

The idea of driving to couples therapy and sitting in a waiting room is losing its appeal. Couples are more pressed for time than ever before.

Millennials are the first generation in the modern era that was hungry for pre-marital counseling and couples therapy. However, unlike prior generations, they also attached absolutely no stigma to it.

As Millennial marriages move through time, they will not only continue to suppress the U.S. divorce rate; they will also shape how couples therapy is delivered in decades to come.